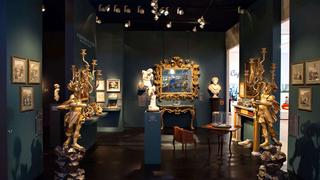 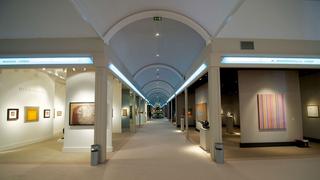 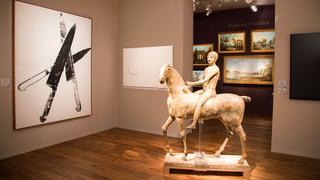 Masterpiece London, one of the highlight’s of the international art and culture calendar, returns this month to the Royal Hospital Chelsea offering a huge selection of museum-quality works suitable for both private home and superyacht collections.

Now in its sixth year, this relatively new art fair has quickly grown in prominence thanks to the support of museums and galleries including the V&A, British Museum, MoMA, The Getty and Tate, who have all purchased works displayed during Masterpiece. This year’s show promises to be a spectacular affair and is hoped to exceed 2014’s success, which saw £100 million worth of art sales made.

Visitors to this year’s fair can expect world-class works spanning 3,000 years of art history showcased by over 150 international galleries. Unlike most shows, which specialise in a particular period or art form, Masterpiece offers collectors the opportunity to purchase pieces from antiquity to modern day and in almost every genre imaginable.

Art dealers making their debut at 2015’s fair include Van Cleef & Arpels, renowned London gallery Richard Green and France’s Kraemer Gallery, which will be showing in the UK for the first time in 140 years and is said to be the favourite dealer of Chanel creative director Karl Lagerfeld.

“Looking at the evolution of the fair from the grass roots stage in 2010 to generating over £100m worth of sales in 2014, I feel our identity as an internationally important cross-collecting fair has been proven and that we are a commercial and cultural success,” said Nazy Vassegh, CEO of Masterpiece London.

The annual charity Art Gala, which takes place each year during Masterpiece, will this year be held in collaboration with the NSPCC in order to raise money for its play therapy services for children affected by sexual abuse. This glittering event includes a champagne reception, live entertainment and a silent auction with all profits going to the NSPCC. Since its inauguration the Masterpiece Art Gala has helped raise over £2.6 million in vital funds for good causes.

8 of the best images from Beaches at Sabrina Monte-Carlo