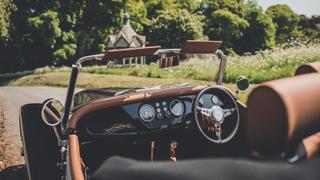 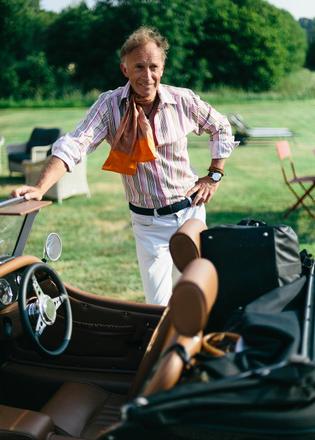 As well as hosting possibly the most glamorous marina on the planet, Monaco is also home to the remarkably dapper Alexander Kraft, who runs his business there, the French and Monegasque divisions of Sotheby’s International Realty. An aesthete of the first order, Kraft collects everything from first edition books to watches and – of course – classic cars. His passion for automobiles inspired him to hold an invitation-only rally across rural France and, very kindly, he included me among the guests.

I found myself in a slight dilemma as to which vehicle to use for the trip, since none of my own old cars – a Porsche 911, a Triumph TR6, a Lotus Seven and a couple of ancient Land Rovers – quite seemed to fit the bill. I needed something that would cover the 450 or so miles from my Devon home to the starting line in Paris reliably and swiftly, but which would also look suitably “classic” alongside the other entrants during the main run to glamorous Deauville on the west coast.

A “eureka” moment ensued when I realised the perfect car for the trip would be a Morgan 4/4 – not an old one, but a brand new one. The car’s looks have barely changed since the 1930s (it’s the world’s longest-running production vehicle), yet its engine, gearbox and brakes are entirely 21st century, so it can be driven all day long at motorway speeds without apprehension.

After a quick call to the London boss, Anthony Barrell, I found myself in the driving seat of a gleaming black example with black wire wheels, a rich tan leather interior and a racy “roundel” on each door. The little Morgan made light work of the journey to Paris, maintaining an effortless 70 to 80mph on the autoroute while returning an economical 50mpg thanks to its lightweight, frugal yet punchy 1,595cc Ford engine. Pleasingly, it fitted right in next to two Jaguar XK120 roadsters, a Jaguar E-Type, a mighty Mercedes-Benz 600 limousine and two Ferraris, one of which was Kraft’s beautiful 1968 365 GT2+2. The faithful “Mog” probably attracted more attention from passers-by than all the other cars put together – and lived up to expectations by completing the four-day, 1,200 mile journey without missing a beat. My so-called “real” classic cars had better learn to behave – or else…

How the 1930s Atalanta classic car is making a comeback