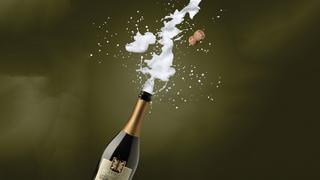 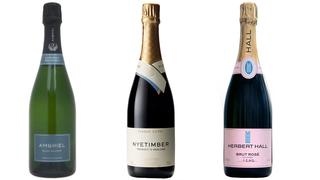 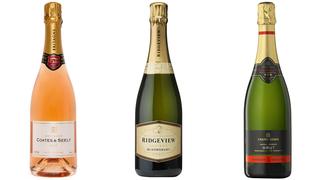 When is Champagne not Champagne? When it’s English, of course. As Nyetimber releases the most expensive English sparkling wine to date at £150 for its 2009 vintage and £175 for its 2010 sparkling_ rosé, _Jonathan Ray explores the surprising rise of top-quality bubbly from Blighty and suggests a few of the best alternatives to Champagne...

During a long and very enjoyable interval on Glyndebourne’s sun-dappled lawn, my hosts and I tuck into home-made smoked salmon terrine on a bed of watercress, washed down with an exceptional bottle of well-chilled fizz. “What an evening,” sighs my neighbour. “What a wonderful opera, a fabulous picnic and a glorious Champagne!”

Amen to all that. Except, of course, it isn’t Champagne: it’s a bottle of Ambriel Blanc de Noirs from Redfold Vineyards, set deep in the rolling downland of West Sussex. Made from 100 per cent pinot noir and grown in the shadow of Chanctonbury Ring’s fabled Iron-Age fort, this is a wonderful wine, aged for three years on the lees before being disgorged.

It’s toasty and honeyed with subtle hints of lemon ’n’ lime and just a touch of white peach: utterly delicious and as good a fizz as you’ll find for £29.50 a pop. The front label has nothing but seven words on it: Ambriel Blanc de Noirs, Product of England. ’Nuff said, for the fact is that English sparkling wine is now taken very seriously indeed. What was once infra dig is now de rigueur.

There are more than 300 wineries in the UK today, drawing on fruit from 470 vineyards stretching from Kent to Cornwall and Norfolk to North Wales. A couple of vineyards are even to be found in Yorkshire. In total these produced almost 4.45 million bottles of still and sparkling wine last year.

Vineyard acreage has increased by 140 per cent in the last 10 years to almost 2,275 hectares, most now used to grow the three traditional Champagne grapes of chardonnay, pinot noir and pinot meunier. Two-thirds of English wine is sparkling and about three million bottles of it is produced, more than all the sparkling wine imported from the US, New Zealand, Chile, South Africa and Argentina put together. There is no doubt that quality sparkling wine is where England’s future lies.

Bizarre as it might sound, it is a US couple, Stuart and Sandy Moss, who should be thanked for much of this. Stuart, a manufacturer of medical and dental equipment in Chicago, and Sandy, an antique dealer and archaeologist, founded the Nyetimber wine estate near Pulborough in Sussex, in their retirement. They realised that the soil and climate there were almost identical to those of Champagne and decided both to plant the classic Champagne varieties (rather than the Germanic hybrids then favoured by many winemakers) and to make their wines in the Champagne method with a secondary fermentation in the bottle.

There have been other trailblazers, but Nyetimber has done more than most to put English sparkling wine on the map. Its first vintage in 1992 stunned the critics with its dazzling quality, and famously came top of a blind tasting of sparkling wines and Champagnes in Paris. Current owner Eric Heerema has taken the Nyetimber to new heights.

In the past 20 years, England has won 12 international trophies for best sparkling wine in top global competitions, more than any other country, including France. Not bad, eh? Nicholas Hall of Herbert Hall vineyards in Marden, Kent, puts this down to several factors: better growing conditions (it’s as warm in south east England as it was in Champagne 20-plus years ago), greater investment, a crop of talented young winemakers (thanks largely to the excellent winemaking courses at Plumpton College in Sussex), better label and bottle design and the support of a new generation of top sommeliers, keen to list English fizz.

“Ultimately, though, it’s all about quality,” says Hall. “And I fervently believe that England has the potential to be internationally renowned as the embodiment of cool-climate winemaking excellence.”

Christian Seely agrees. Seely’s day job is MD of AXA Millésimes, the vineyard-owning arm of AXA Insurance, where he oversees such tip-top estates as Quinta do Noval in one of the best wine regions to visit by luxury yacht, Portugal’s Douro Valley, Château Pichon Longueville in Pauillac, Bordeaux region and Château Suduiraut near Sauternes. And yet the only place Seely wanted to plant his own vines was in England, specifically Hampshire. He did so with his friend Nicholas Coates and their Coates & Seely wines are now stocked in the UK’s finest merchants, restaurants and hotels. They are even stocked in the George V and Hotel Le Bristol in Paris, which must say something about their quality, not to mention the discerning judgment of the Parisians.

“In southern England we have sites that have the geological make-up necessary to make great wines,” says Seely. “I truly believe it is possible to make sparkling wines in England that can rival the best the rest of the world has to offer. And I wouldn’t be here if I didn’t.”

Nor would Wendy Outhwaite – producer, with husband Charles, of that Ambriel – be here. Wendy gave up a hugely successful career at the Bar to make English wine. “We were not interested in doing a knock-off ‘sham-pagne’, but in doing something distinctively English and excellent in its own right,” she says. “All the wines from our first harvest have won international medals and people seem to love them. There’s no doubt it’s a dynamic and exciting time to be making English sparkling wine.”

It’s an exciting time to be drinking it too. As I knock back the last of my Ambriel, I glance at the next table and see there a couple of bottles of Ridgeview, whose vines are a mere cork-pop from here. Nearby I notice, too, a bottle of Nyetimber in an ice bucket. English sparkling wine: out and proud.

Bunch of greats: The best UK wine merchants that deliver to your yacht

Robert M. Parker: The only wine critic to invite on board