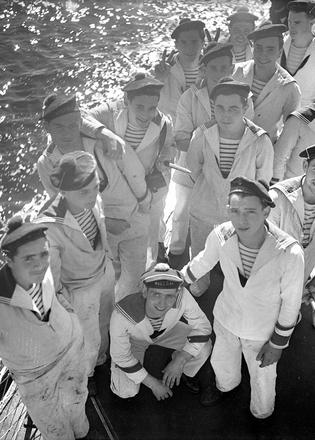 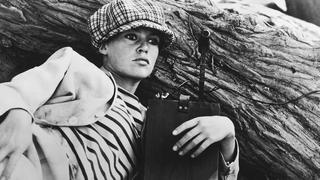 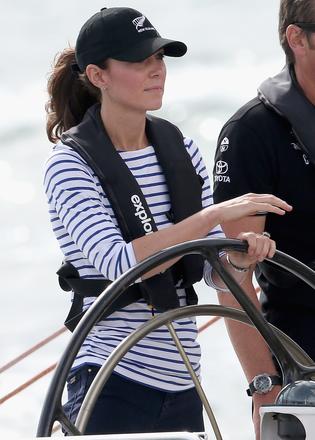 As universally chic as it is timeless, the Breton top began life as naval dress, says Clare Coulson, but has been a fashion must-have for almost a century.

The original naval design – 21 blue and white stripes to represent each of Napoleon’s victories – first caught on with fishermen when small firms such as Saint James in southern Normandy produced striped wool shirts for them. But it wasn’t until the 1920s that the jerseys were adopted by the beau monde, and ultimately reworked by the couture houses of Paris. The move to mainstream came via American artist Gerald Murphy and his wife Sara, who moved to the Côte d’Azur after staying with Linda and Cole Porter in 1922. The couple were legendary hosts at their Villa America in Cap d’Antibes, entertaining a starry circle that included Man Ray, Picasso, Dorothy Parker, Ernest Hemingway and Zelda and F Scott Fitzgerald. In 1923, so the story goes, Murphy returned from a shopping trip in Marseille with Breton tops for all his friends. The rest is fashion history.

And not just fashion: Hemingway wore Breton tops on his honeymoon in Le Grau-du-Roi and, in The Garden of Eden, he described his lead characters as being the first couple to wear fishermen’s shirts bought from the local marine supply store. In Tender is the Night, Fitzgerald wrote about the humble sweaters picked up in Nice back streets that would filter into haute couture back in Paris; and Picasso wore his Saint James Breton in many iconic portraits.

But it is the fashion scene where the Breton top has serious history. Coco Chanel really launched the Breton stripe, swiftly including marine details in her collections and opening a resort boutique in Cannes in 1924 that sold striped tops and flared pants. Thanks to her, by the 1930s the Breton top was a mass-market trend and already had the makings of a wardrobe classic. As is so often the case, celebrity endorsement followed: who can forget James Dean in Rebel Without a Cause? or Jean Seberg, who paired her Breton top with black cigarette trousers to sell the Herald Tribune on Paris streets in Jean-Luc Godard’s À Bout de Souffle.

The Breton top hasn’t been off the catwalks since – Jean Paul Gaultier (who rarely appears without his) has done full-length couture Breton stripes; the Chanel catwalk continues to celebrate its native marinieres and for the rest of us those classic stripes from Saint James are as popular as ever: worn, as Coco did, with sporty trousers and a healthy Côte D’Azur glow.

7 of the best Breton tops for women

Why every sailor should wear boat shoes

The best bikinis for the Caribbean season