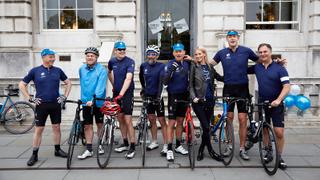 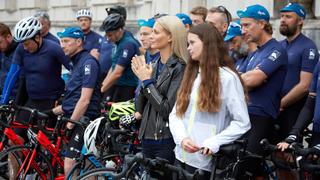 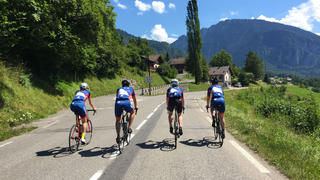 The second annual London to Monaco cycle held by the Blue Marine Foundation in order to raise funds to support its ocean conservation projects across the world got underway last weekend.

Held from September 17-26, 2017 – in order to coincide with the Monaco Yacht Show – this year’s cycle will cover 1,400km over three countries. This year, the event has been bolstered by support from British model Poppy Delevingne, who will be launching the race at Somerset House, London. Delevingne is a long-term ambassador for the Blue Marine Foundation.

Delevingne explained why she wanted to be there to wish the riders well before they set off: “Our oceans and the amazing ecosystems they support are in danger. Overfishing and a lack of protection has thrown them into crisis. The sea is a passion for me personally - it’s a place of peace and relaxation but it also sustains so much life. The fact that it could be destroyed forever is unacceptable, but also avoidable if we put the right protection measures in place. We need to act now to conserve our oceans for future generations, which is why I am a supporter of BLUE and these brave cyclists as they set off on their very tough, but incredibly worthwhile challenge.”

All money raised will go towards four of Blue Marine’s vital projects including the creation of a marine reserve in the Ascension Islands, restoring the natural shellfish populations to the Solent, introducing sustainable fishing in the Aeolian Islands and aiding in the clean up of ocean plastic waste in the Mediterranean.

This year’s cycle aims to raise £250,000 and riders are welcome to take part in one of four routes. The first is a short day-long ride between London and Folkestone while other routes will give cyclists the opportunity to join the pack at Lyon or Carros and end in Monaco where they will be given a royal welcome by HRH Prince Albert II of Monaco. Of course, for those who really want to test themselves, the full London to Monaco route is also an option.

“London to Monaco 2016 was a real chance to make a difference,” said yacht owner and keen cyclist Eddie Jordan, who took part in last year’s ride. “If you care about the oceans I’d urge you to get involved in 2017.”

“Oceans are more than ever at the heart of our common future,” added Prince Albert II of Monaco, whose foundation also supports a number of marine projects. “The London to Monaco cycle ride is a wonderful opportunity to raise awareness on the necessity to protect our fragile oceans.”

To donate to the projects supported by the London to Monaco 2017 cycle ride, please visit london-monaco.cc/donate. The Blue Marine Foundation is also a partner of Boat International Media’s Ocean Awards. To find out more about the awards and this year’s categories click here.