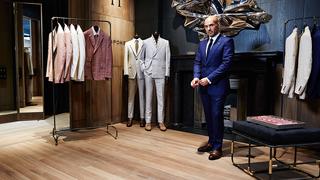 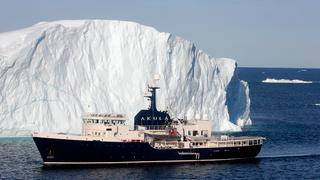 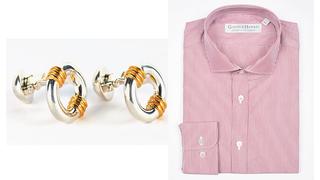 Nautical references are never far from Gieves & Hawkes’s collections, says Jason Basmajian, chief creative office at the British tailor, thanks to a youth spent on the ocean.

Sitting in the newly refurbished waiting room at 1 Savile Row – probably the most iconic address in the world of men’s fashion – the 45-year-old American looks relaxed, and with good reason. He has just spent the weekend aboard a yacht on the French Riviera for a friend’s 40th birthday party.

It’s one of many opportunities Basmajian has had to test his sea legs during a career that has seen him plot a course between the world’s fashion capitals: New York (working for Calvin Klein and Donna Karan), Paris (for luxury pen and leather accessories company ST Dupont), Milan (Italian fashion label Brioni) and now London. Hired a year and a half ago by Hong Kong billionaire Victor Fung to revitalise the 243-year-old institution, Basmajian has already cut the company’s annual losses by a third. Since he restructured an organisation that “had become a bit your father’s brand”, Gieves & Hawkes now attracts such style-conscious customers as the actor Eddie Redmayne.

Of Basmajian’s many yachting voyages, one stands out: a trip to Greenland on the 59 metre Akula, a former Dutch navy pilot vessel, built in 1974, that has been converted into a private exploration yacht. “It’s blue-hulled, quite butch – a real guy’s boat. And it’s a real Bond boat too. It has a helicopter, jet skis, all kind of things.” Their final destination was Disko Bay on the west coast. “I’ve never been somewhere that remote or felt so in touch – and even that overwhelmed – by the power of nature and the sea; icebergs towering over you, whales next to you and no sign of man.”

Sailing is in Basmajian’s blood. He grew up in Boston and Cape Cod, where his parents owned a summerhouse. He recalls: “I had a little fibreglass sailboat and a lobster boat, which was aluminium, open-hulled with an outboard motor. It wasn’t anything fancy, but it was very lightweight and I used to love going lobster fishing with my father.”

While Gieves & Hawkes’s autumn collection is rooted in the heather and granite of the Scottish Highlands, it also includes nautical references, such as a modern take on an admiral’s boat cloak the company made for Britain’s Queen in 1953. Basmajian says the inspiration was that “wonderful photo” of her by Cecil Beaton. “She’s in a tiara, she’s young, very beautiful and stepping off what I assume to be the launch to the royal yacht – and she has this boat cloak over her ball-gown. It’s so stylish, I said, ‘We need to bring this piece back. Maybe lose the brass bits, put wool frogging on it.’”

That the resulting garment appeals to fashionable city folk as much as old seafarers epitomises how Basmajian wants to “move the brand forwards” following what he describes as its midlife crisis – “a desperate attempt to modernise was ‘let’s do slashed jeans’ or ‘let’s do studded leather jackets’.”

Gieves & Hawkes’s association with the British Royal Family stretches from George III to Princes William and Harry, and it has Royal warrants for the Queen, the Duke of Edinburgh and the Prince of Wales. “Carrying three Royal warrants is a privilege, but also an awesome responsibility,” says Basmajian. “It brings a certain amount of recognition, prestige and credibility, but you have them for a reason. I hope we keep our end of the bargain and feel honoured to be an American at the helm of this ship, to steer it forward.”

Shaun Phillips is associate features editor of The Times