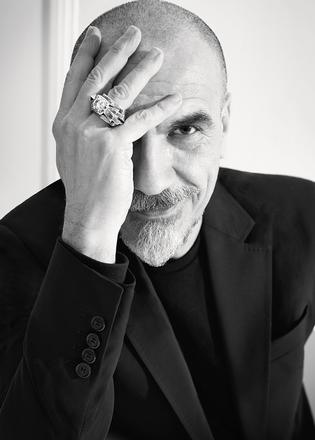 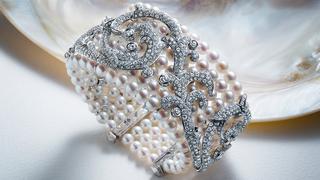 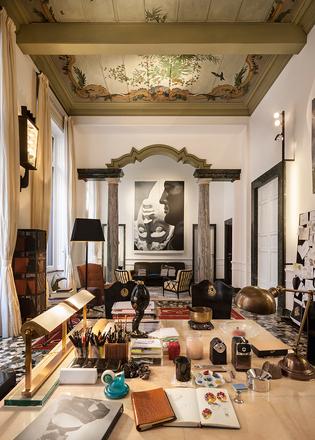 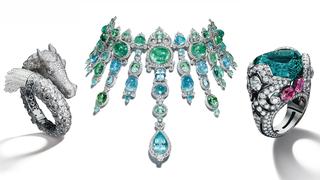 As the creative director of Richemont, fine jeweller Giampiero Bodino influences some of the world’s biggest jewellery brands. Now, says Avril Groom, he has his own.

Going into the Villa Mozart in Milan is like entering an enchanted garden. It has a modern intercom entry system but, once the huge iron gate in the creeper-hung railings swings open, you could be in a fairytale. The vine-covered mansion is a perfect example of Italian 1930s style, designed for families who, enriched by early industrial success, could afford such monuments.

Now it is the domain of Giampiero Bodino, the latest sensation in the world of uber-high jewellery. Every piece that Bodino creates is a one-off, a fantasy of design and exquisite, hand-picked gems and not only are they all designed at the Villa Mozart but this is where clients are received, so it is an essential part of the Bodino experience.

Despite its soaring marble columns and arches, Bodino uses his design penchant to create a gracious yet welcoming home: deep, comfortable sofas, soft lamplight, massed candles, collections of precious objects that interest him such as Murano glass vessels, plus piles of books and magazines. In commanding positions are his own bold paintings – Bodino is also a much-exhibited artist. The idea is that the client should relax and explore the designer’s universe before discussing the dreams that she wants expressed in jewellery form.

Bodino’s collections are divided into themes and perhaps the greatest is the sea. Tesori del Mare (“treasures of the sea”) is wonderfully wide-ranging, from the obvious to the highly allegorical, and comes from a lifelong love of the sea that, he says, started with childhood holidays on Italy’s beautiful Ligurian coast and now extends to a house on the Adriatic Sea. He believes artists from all eras have drawn inspiration from the sea – “they feel attracted, they feel they belong to it”, he says. “It is the primordial element, the one generating life in our planet. To me it is like a mother who embraces all living things.”

His maison is less than two years old, so you may wonder where this jeweller, a confident, sociable character, has been hiding. The answer is that, as creative director of the Richemont group for many years, he has been a huge influence behind the scenes on a whole raft of top-end luxury brands, ranging from Cartier and Van Cleef & Arpels to Chloé.

“Each brand within the group has an independent team with its own creative director. I am there to support and advise them all in terms of overall style and occasionally product development.” And, he might add, to mastermind big events such as the SIHH luxury fair for the group’s watch brands in Geneva each January.

There was, he says, no question of his career not being connected with art. “Since I was a child I knew art was my true passion. I was guided towards it without hesitation.”

But jewellery was not his first port of career call. After studying architecture he got a job in car design and then, “by chance” as he puts it, had the opportunity to design jewellery in the Bulgari studio – “where I rediscovered my passion for decoration, which jewellery is an expression of”.

Working freelance, he discovered that he could turn his hand to designing anything – “handbags, eyewear, homewares, alongside jewellery and watches. But those two became my focus when I started with Richemont, in 1990”.

A lesser talent might have been floored by the challenge of keeping the varied identities of the dozen watch and jewellery brands that Richemont encompasses separate even in his head, let alone in practice. “My freelance background stood me in good stead,” he explains cheerily. “It taught me to immerse myself in the signature values of a brand rather than expressing my own style.”

For the change in his life that has given him a huge artistic voice and an even crazier schedule, he credits his boss and Richemont chairman Johann Rupert, with whom he works closely. “For years he wanted to do something different,” says Bodino. “The group owns many of the world’s most prestigious jewellery houses, which have an extraordinary legacy, but perhaps this is why he wanted to start a new chapter, geared towards the future.”

With no need or desire for a shop, he was given the green light by Rupert to create a grand yet intimate space where “in my mind I would welcome clients at home and establish a direct relationship with them”.

“Now we have restored it, the villa is a dream come true, the archetype of an Italian house and the perfect place to display jewellery that talks about Italy and its beauty.” For clients who may have a high public profile it is a sanctuary, where they can relax, view the existing pieces and sketchbooks and discuss informally with Bodino, while he works up an initial sketch that will later become a precise gouache.

He is relishing his new freedom to create – “to give life to a dream, to have a one-on-one personal conversation with the client, listening at first and then, when there is a dialogue, proposing my own vision. It is an extremely rewarding creative challenge.”

That vision is why clients come to him and it is led, he says, “by Italy and its art and culture, all the elements of our country and its heritage, and inspired either by an idea or by finding a magical stone whose colour and cut inspires the way it will be mounted”.

If you love bold, beautifully executed and colourful jewellery of rich design, “based on classic elements but with a modern twist”, as he says, then Bodino is your man. His designs are intriguingly non-literal, as the many sea-inspired fine jewellery pieces show so well.

An ornate, almost baroque, necklace glints with magnificent cabochon and faceted paraiba-like tourmalines from Africa in many shades, like a limpid, sunlit sea, while big rings not only feature intense blue stones such as tanzanites and paraiba-type tourmalines but fanciful sea creature tentacles. A grand, almost medieval-looking geometric ring or a stunning choker is based on a ship’s compass or, in Italian, the more romantic rosa dei venti (“wind rose”).

It is all so well observed because, says Bodino, “the sea is very important in Italy and even more so for me. It is an essential element in my spirit and has been all my life. When I look at the sea, contact with it is almost a necessity for me. The deep blue of the Italian sea is like the sapphires I have chosen, or the hues and reflections of tanzanite.

“Coral is also an essential, a precious material that I use, or inspiring jewels that look like it”. It is hard to imagine a better jewellery memento for any lover of the sea.

Diamonds in the rough: The best 'natural' jewellery