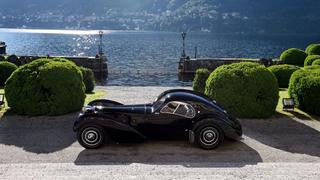 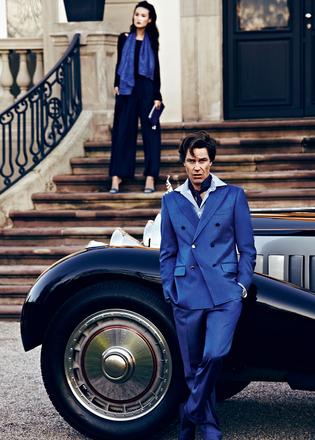 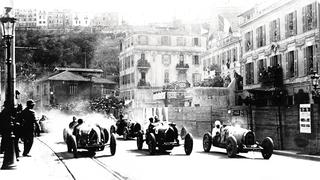 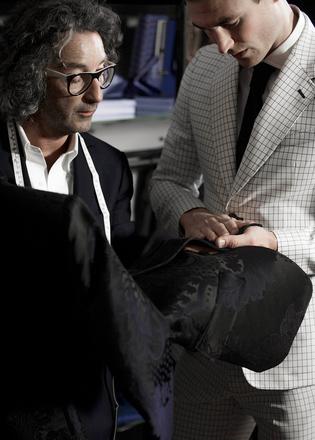 Thanks to innovations such as the yacht-friendly BAC Mono supercar, the two industries are now closer than ever. After breaking records on the road, Bugatti is driving fashion to a whole new level, reports Peter Howarth

“Once you have driven a Bugatti you are spoilt forever.” So says Daniele Andretta, the man with the title of Art Director Brand Lifestyle for the famous marque.

Bugatti is a genuinely pan-European affair. Founder Ettore Bugatti was Italian, the company is located in France at the beautiful 19th century Villa Bugatti in Molsheim, Alsace, and it is owned by Germany’s Volkswagen Group. Andretta is also Italian, which is appropriate, given his homeland’s reputation for fashion, combined with his brief: to head up a new division that applies the same sort of service and customisation to its fashion and accessories output that you would find at Bugatti’s car factory.

“When I came to Bugatti in 2013, I spent some months in the Bugatti factory in Molsheim before starting my work,” says Andretta. “To understand the brand completely, I spoke with both the designer and the engineer.” Those conversations convinced him that he spoke the same language as these people.

He knew his fashion, having worked for 20 years with international brands such as Versace, Trussardi and Benetton. He knew his cars, too, as his previous job was overseeing apparel and accessories at Ferrari. But after immersing himself in the Bugatti factory, he made a decision: “I said to the CEO, if we are going to do this, if we are going to make a fashion collection with the Bugatti label, then we have to do it in a different way. Otherwise we won’t invent anything new and will be a follower. And Bugatti is not a follower.”

It was not hard to get excited about his new challenge. Like most Italians, Andretta loves cars. As a teenager, however, it was not a Ferrari or Maserati that he longed for. “I like cars and I like speed,” he says. “When I was younger I had only one dream, and that was a Porsche. The sound of a Porsche is unbelievable. The 993 is unbelievable.”

Since then he’s driven a number of supercars but, he says, they’ve all been eclipsed by the Bugattis he now gets to run round the test track at Molsheim.

This is, of course, the continuation of the Bugatti reboot. The original company that Ettore created back in 1909 had its heyday racing in the 1920s and 30s, but experienced a relatively quick demise after the death of the founder in 1947. The marque was rescued from the history books in 1998 by Volkswagen, and the plan it had was so bold it raised eyebrows. Instead of tooling up to produce a range of premium vehicles to leverage one of motoring’s most famous brands, the owner pegged all its hopes on one audacious project: to make the fastest, most powerful production car in the world; a car to deliver not only astonishing performance but also extraordinary luxury, quality and refinement. In 2005, this remarkable design, the Bugatti Veyron, went into production.

Veyrons have broken two official world speed records: the Veyron Super Sport became the fastest production car in the world in 2013, with a top speed of 431.072kmh (268mph), and the Veyron Grand Sport Vitesse is the world’s fastest production roadster, with a top speed of 408.84kmh (254mph), driven with the roof down. But if you haven’t bought one yet, the bad news is that all 450 Veyrons – the coupés (Veyron 16.4 and the Super Sport), which were limited to 300 units, and the 150 roadster versions (the Grand Sport and the Grand Sport Vitesse) – have sold out. The Veyron is the statement of intent of a motoring company determined to do things differently.

This, says Andretta, is the spirit that infuses what he does. The idea was to produce very luxurious clothing and accessories in limited editions. It was to be a wardrobe designed for the owners of the cars, so they didn’t have to think about putting a look together: it was done for them. Entirely made in Italy, the Ettore Bugatti Collection creates only 431 pieces of each style – the number of the world record for kilometres per hour achieved by the Veyron. It is characterised by details that reference the Bugatti heritage and link to the world of motor sport.

The initials EB are embossed as sterling silver and stitched into the linings. The spokes of the wheels are a motif, as is the vertical centreline, inspired by the joins of plates of the vintage Bugatti Type 57SC Atlantic. There’s even carbon fibre in the shoulders of ski jackets.

This concept launched a year ago and proved popular not only with those who had Bugattis parked in their garages, but with others who liked the engineered quality of the garments.

But as Andretta became more familiar with the Bugatti world, he realised that the ultimate reflection of the way a car-design studio works would be a tailor-made workshop for fashion. So he set about researching how it might be possible to emulate the sort of service you would find at Bugatti’s factory. The result is a new division able to make the best bespoke and made-to-measure suits with an unprecedented level of service.

“A customer can book an appointment with the head of our tailor-made project in our store in London and he can play for two hours,” says Andretta. The customer is offered the opportunity, literally, to engineer his clothing. It will all be made by hand in Italy. Crystal buttons come in many shapes and can be painted in any colour and incorporate laser-cut initials. There are more than 1,000 fabrics on offer but, because Bugatti can make its own cloth, the real number is limitless.

The process starts with an introduction to a collection of samples that gives a sense of what is on offer. “What I am showing you here is the basic set-up of the level of quality that we are able to create,” he explains. “And then, if the client wants that jacket but with one eyelet on the pocket, we are able to do that.

“The feeling is unique when you find a jacket that truly fits. It changes your life, feelings, perceptions.” But this is merely the jumping-off point. “When we find the perfect fit, we play around. We ask, ‘What do you want?’ We don’t want a limit.” Andretta talks of the process as a collaboration. “Then comes fabric, materials, details, and you build your pieces.”

If this sounds daunting the project has a head tailor, Jonathan Clay, who will guide you through. Once he has established what you like, he will also board a plane to visit you wherever you are in the world. The personal service extends to the production side, too. “Each garment that we develop arrives with an envelope containing the name of the man who has made it, because we like that the customer knows there is a person behind it. With a soul, with a heart.” In other words, it’s like knowing your mechanic.