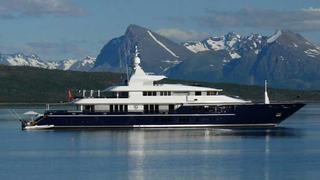 81 sales so far this year as a call to SuperYachtsMonaco confirms that the 68m motor yacht Triple Seven is sold with Alex Busher and Nathan Farrely at Edmiston bringing the buyer.

Delivered in 2006 by Germany’s Nobiskrug yard, Triple Seven has had significant upgrades made by her former owner, including a new audio-visual system featuring a 108″ plasma screen. Accommodation is for 12 guests in a master suite, three double staterooms and a twin cabin plus two Pullman berths and twin 2360hp MTU engines give her a range of 10,000 nautical miles at 12 knots.