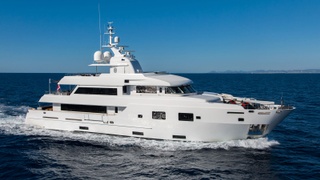 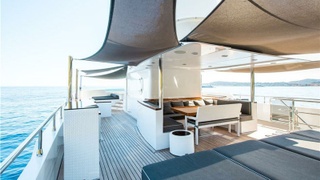 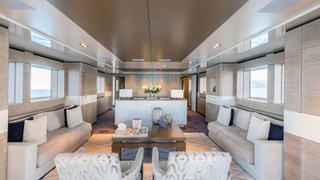 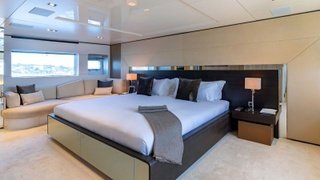 The 35.5 metre motor yacht Tommy Belle has been sold with Kevin Bonnie at IYC representing both buyer and seller.

With naval architecture by Trave Schiff-Technik, Tommy Belle was built by German yard Lubeck Yachts in steel and aluminium and delivered in 2011.

She has an interior styled by Egg & Dart accommodating up to eight guests in four cabins. These consist of a master suite, VIP suite and a double and twin cabin, all with entertainment centres, Loewe HD television screens and marble en-suite bathroom facilities. In addition, there are quarters for seven crew.

Tommy Belle has plenty of deck space for lovers of the outdoors, including a huge sundeck with two barbecue grills, a bar, ice maker and a Jacuzzi, plus access to the dumb waiter from the galley, perfect for al fresco entertaining and dining.