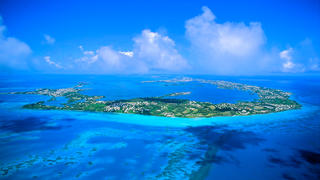 The America’s Cup Event Authority (ACEA) has introduced a Sustainability Charter for the 35th America’s Cup which has been agreed upon and signed by all six teams competing.

Until now many of the teams have had their own sustainability agendas but this is the first time all six teams and the ACEA will come together to promote environmental responsibility among sailing and the wider marine industry.

The ten-point plan addresses some of the biggest threats to the world’s oceans and has seen the teams commit to eliminating single use plastics, avoiding water pollution, reducing their carbon footprint and protecting marine habitats. The Sustainability Charter also includes social and economic pledges including supporting the local economies of each team, educating and communicating the environmental message to fans and appointing a Sustainability Champion within each team to ensure all participants are working together to achieve the aims of the charter.

The Sustainability Charter was met with enthusiasm by Ben Ainslie, principle of the UK-based Land Rover BAR, which until now has been working in collaboration with Wendy Schmidt’s marine charity 11th Hour Racing to become the most sustainable sports team in Britain.

"This issue is obviously core to everything we do here with the team,” said Ainslie. “When you look at the America's Cup as a sport it should be trying to lead the way and set an example, and so it's fantastic to see this Charter now in place. We have very much supported this project since its conception. We look forward to working with the America's Cup Event Authority and the teams to further this agenda within our sport and out to the wider world."

Register for the America's Cup Superyacht Regatta in Bermuda