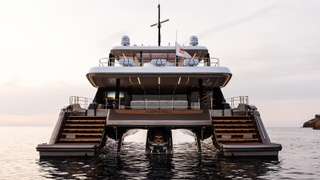 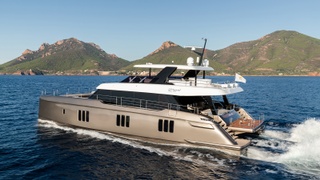 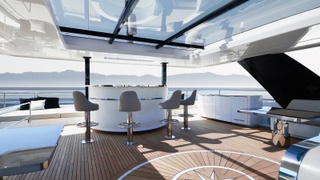 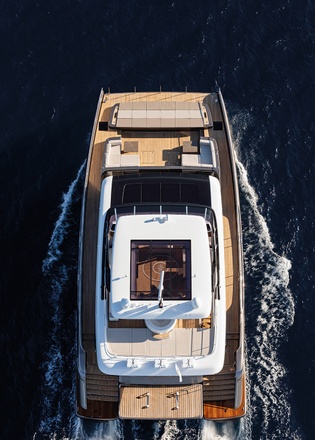 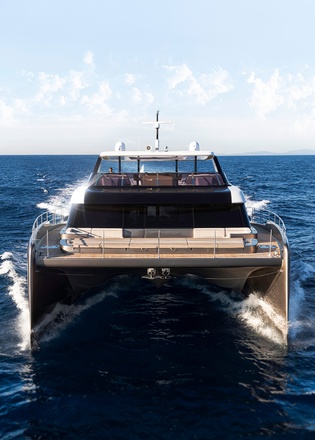 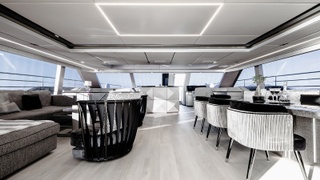 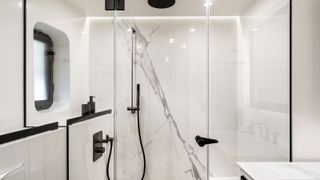 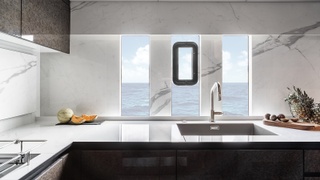 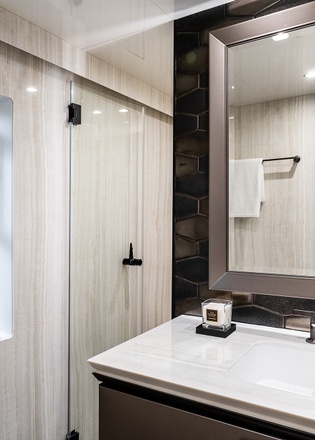 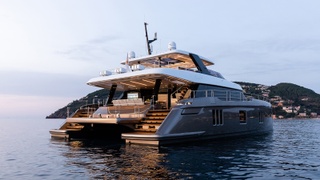 The recently debuted Sunreef 80 attracted attention when it became the chosen yacht of tennis superstar Rafael Nadal. On the hunt for a yacht to replace his incumbent MCY 76 Beethoven, Nadal came across SunreefYachts. The 24.4 metre 80 Power caught his eye and, despite the first hull not yet being on the water, he took the plunge and bought the yacht from renderings alone. His confidence in the builder and the positive reception of the first hull Aria at the Cannes Yachting Festival this year has the company heralding the 24.4 metre catamaran as a sign of the yard's growing ambition.

Despite being the largest power catamaran yet built by Sunreef Yachts, the 80 Power originally had its roots in the yard’s sailing series. Sunreef marketing and PR director Karolina Paszkiewicz recalls the 2017 launch of the yard’s new sailing catamaran range. “We received fantastic feedback from clients but at the same time we had increased demand for more motor yacht options”.

Along came the 70 Power, which proved popular - with 17 hulls sold so far. The Power 60 followed soon after and its success prompted Sunreef founder Francis Lapp to think bigger. “We took all the knowledge we had learned and applied it to the 80 Power,” he says. The end result, according to Paszkiewicz, is “not only a milestone for the company but also for the entire catamaran industry and traditional power yacht sector.” With the first hull in the water, the yard has already sold a further four units, with Nadal picking up the fourth in July this year.

While the 80 Power may have its origins in Sunreef’s sailing catamarans, Lapp stresses that the two are “completely different.” “You don’t just take the mast off the sailing yacht and say – there you go, this is a power catamaran,” he says. Instead the yard “starts from scratch” on “every aspect of the hull shape” to ensure the best power performance possible. “The sailing yacht has a banana-shaped hull while the motor yacht hull is flatter,” he says. To prove the point, Lapp compares the respective beams of the 80 Sail and 80 Power.

The former has a beam of 11.5 metres while the beam of the 80 Power measures 12 metres. “That beam brings a lot of possibilities”, Lapp says. Most significantly, it creates an extremely roomy interior, with 360 square metres of living space. This is the same amount of space typically seen on a 33.2 metre monohull, Sunreef PR and marketing specialist Artur Połoczański says.

In this sense, the 80 Power represents Sunreef’s “first real step into the superyacht industry,” says Paszkiewicz. “Thanks to this beam, we can offer an amazing living space, a flybridge, a Jacuzzi with a bar in a space that is fully customised.” As far as wider customisation goes, the options are limitless. “There is no limit,” Lapp says. “We can change everything within the walls – the colour, material, type of design.” In fact, Lapp says he is disappointed if a customer is happy with the default design layout and décor. “I’m happy when the client wants to change it,” he says. “I don’t want to make two boats with the same layout.” Połoczański adds that, with the yard’s encouragement, “every 80 Power will tell a different story.”

Comfort and privacy were at the forefront of Aria's interior design

On Aria, the story is one of comfort and privacy. The crew quarters and galley are separated, accessible only from the aft cockpit, to allow both the crew and guests their own privacy on board. The accommodation for six guests is split between one master and two guest cabins; the master and one guest cabin in the starboard hull and the VIP in the port. Elsewhere, Aria has a number of features one might more readily expect to find on a larger superyacht, such as a spa pool, bar and tender garage complete with an innovative Jet Ski launch system.

The interior is customised to the demands of the Aria’s owner, who was “inspired by the Miami high rise style.” This has resulted in an aft cockpit and flybridge equipped with home entertainment systems, a waterfall-fed Jacuzzi with a surrounding bar and a custom designed pantry in the galley. “In terms of interior design, we always listen to our customers and we like to really know their tastes and ideas,” Połoczański says.

Sunreef has continually used the 80 Power as a demonstration of its abilities as a superyacht yard, with Lapp describing it as “the stepping-stone between our yachts and our superyachts.” “On this boat, we want to show the capacity and possibility of Sunreef – to show what we can do.” Since Cannes, the Polish yard has signed a contract for its first 33.5 metre 110 Sunreef Power and sold a 49 metre power catamaran. These sales of significantly larger super catamaran projects are no doubt a sign of things to come.