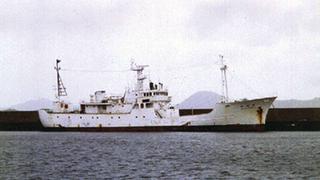 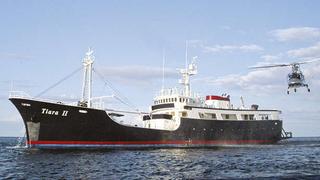 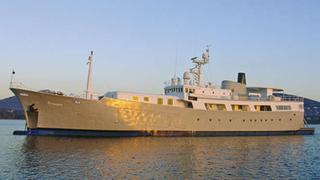 When a Filipino client – a passionate boater who owned an 18.3m yacht – came to Mark Prangnell in 1999 asking for advice on a $35 million Feadship he was thinking of buying, it set in train a series of events that even Prangnell could not have foreseen.

Prangnell, an engineer with experience both on yachts and with Prometheus Marine in Singapore, had headed to the Philippines in the 1990s and liked it so much, he decided to stay. Working as a one-man band, and acting as distributor for Onan in the region, business had been brisk.

He looked over the Feadship’s GA and specs, and offered one piece of advice: why not buy an old boat for a fraction of the cost, do it up, and use it as a trial for the owner to determine what he really wanted? That was 1999, and that project became the first conversion by Harbour Yacht Services (now HYS Yachts), Prangnell’s company based in Subic Bay, northern Philippines.

The chosen vessel was the 52m, former Japanese maritime cadet training vessel, Taishu Maru. In 2000 she emerged from the yard as a 55m cruising superyacht called Tiara II.

‘The owner had liked the idea,’ says Prangnell, ‘as it worked out to be 10 per cent of the cost of the Feadship. I got naval architect Simon Jupe – whom I had met in Singapore a few years previously – to do the design for the conversion on a vessel I found in Japan, and that was the start of Harbour Yacht Services.’

As it turned out, Jupe joined HYS Yachts as a partner, and the owner of Tiara II became a shareholder.

In 2003, a Swiss client came along and offered to buy Tiara II from the original owner, so it was sold.

‘He bought it just before New Year,’ explains Prangnell. ‘He went for a short cruise in the Philippines and a week later, in Manila, he arrived with a list of improvements and modifications he wanted doing.’

These included adding a bulbous bow and Quantum four-fin zero speed stabilisers, filling in the forward well deck to create a tender garage, and extending the saloon over the garage, along with other functional upgrades to bring her into the league of modern expeditionary superyachts. And he wanted the finished yacht in the Galápagos 10 months later. ‘It became our second project,’ says Prangnell. She was relaunched in 2004 as Galapagos.

In 2009 the yacht was sold again, this time to a friend of the original owner. On his recommendation, Galapagos motored back from Gibraltar to the Philippines and returned to HYS’ yard for her third transformation.