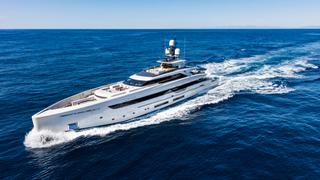 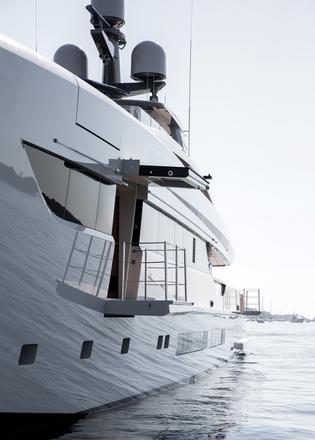 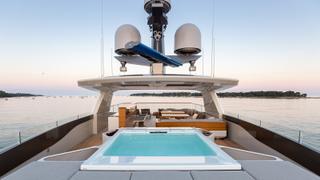 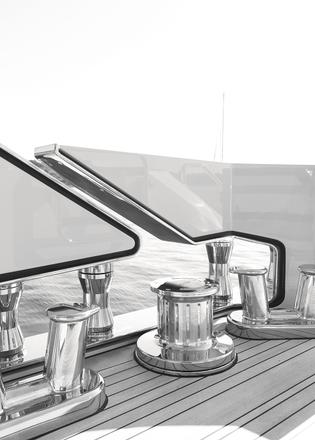 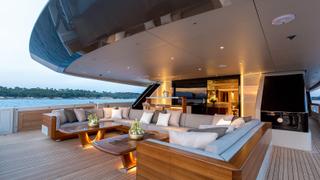 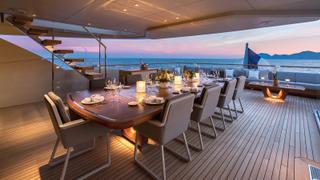 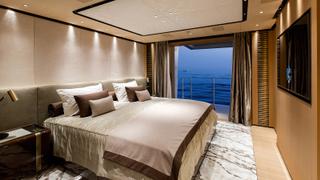 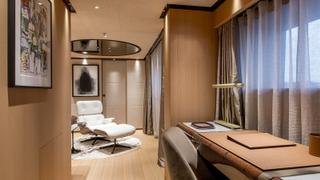 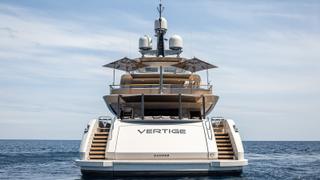 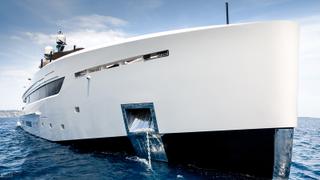 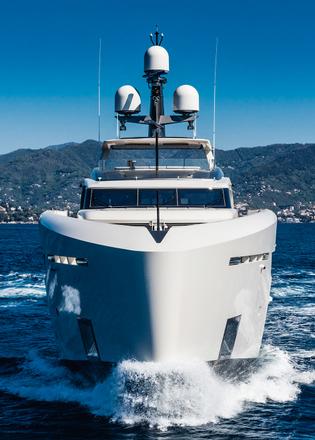 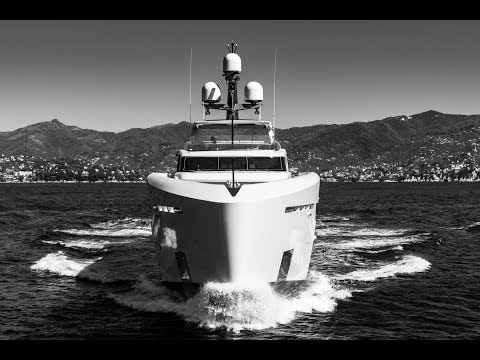 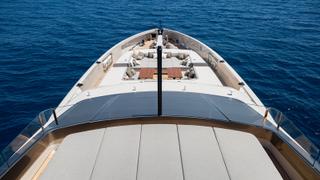 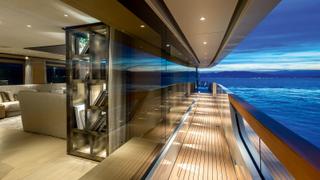 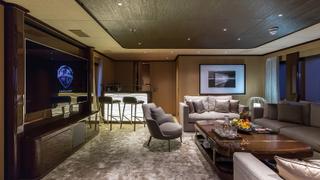 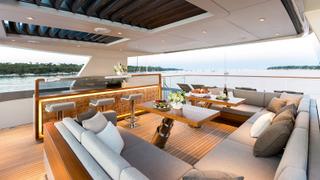 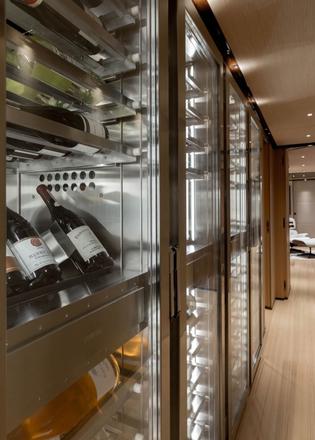 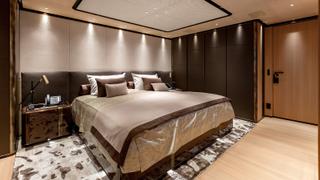 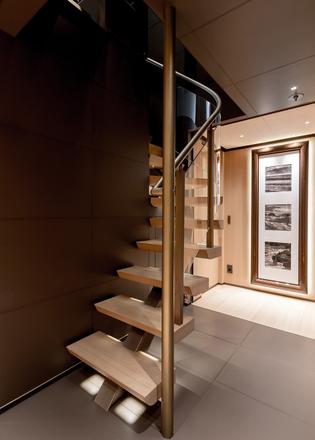 Vertige: The 50m Tankoa yacht that mixes business and pleasure

Mixing business with pleasure can be a dangerous game but it’s one that the owner of Vertige plays brilliantly. He was looking to move up in size to a boat he could use with his grown-up family, but also one that could host business meetings and be used for charter too.

And he got it: a highly customised interior, with guest friendly layout, makes sure the clients are happy, and the presence of music and wine — in a boat named after his favourite white from the Rhône Valley — ensures that pleasure is plentiful for all.

Doing business with the builder, Tankoa Yachts, proved a pleasure too. Tankoa, which was established in 2008 in Sestri Ponente, Genoa, bills itself as a “boutique shipyard”, presenting top-quality concepts for vessels from 50 to 90 metres that owners can customise to suit their needs.

The genesis of Vertige backs up the yard’s philosophy: the owner saw a model for the 50 metre Tankoa S501 displacement series, fell in love with it, signed the contract in early 2015 and received his new superyacht in 2017. She is the yard’s second completed build after the 70 metre Suerte, launched in 2015. It also has a 72 metre under construction.

“All of the hull models and projects we propose are engineered, tested and ready to be built,” says Michel Karsenti, sales director at Tankoa. “We encourage owners to customise interior layouts and furnishings, but having the hull models ready and tested saves time for everyone.”

Vertige’s all-aluminium alloy hull was built in Marina di Carrara, at the foot of the marble producing mountains, because Tankoa didn’t have large enough facilities in Sestri Ponente. “But we have expanded and now do the cutting and metalworking in Sestri,” says Karsenti.

Francesco Paszkowski Design created the hull, superstructure and interior, the last in collaboration with Margherita Casprini. If you look at Vertige from her high plumb bow, her low superstructure makes her appear like a crouched animal that could unleash hidden power and pounce at any moment. But moving around the yacht, what looks like the top of the freeboard becomes part of the superstructure, a line that is carried fore to aft in a continuous, easy sweep.

“Vertige’s hull shape has proved to be very stable and smooth,” says Captain Filippo Belli. “The combination of this hull shape, slightly detuned 1,000hp MTU engines and Vosper Naiad zero-speed stabilisers is a real plus for charters. The yacht is very quiet and stable and you can’t feel any vibration at all.”

The interior, which Paszkowski designed to be under the 500GT threshold to help keep management costs down as per the brief, presents a cool, calm atmosphere. “Vertige was really a yacht that was created step-by-step by a team made up of my design studio, the shipyard and the owner, with whom we worked in harmony right from the start,” says Paszkowski.

“It was important to create visual continuity with the sea, so we used lots of large windows. The interiors are balanced between natural and bleached teak and dark polished rosewood. The rosewood, especially, was important for creating the sophisticated style that we wanted, a kind of modern interpretation of the 1950s.”

The owner wanted the outdoor spaces to be as large and comfortable as possible and he certainly got what he was looking for. On the aft main deck, sofas and loungers can easily accommodate 14 people and are shaded by awnings that admit light and air but filter out UV rays.

Two coffee tables have Vertige-themed, V-shaped supports in natural teak, while a nearby teak and golden glass bar has a convenient refrigerator and icemaker. Two fold-out terraces add extra square metres of floor space and open up the view to the water even further.

The aft upper deck’s 14-seat dining table is the owner’s favourite place for meals. Sofas and low tables are on hand nearby for coffee in a welcoming spot that can be shaded with umbrellas. For guests who can’t bear to miss a game or want to enjoy a film al fresco, a 65-inch flat screen television and speakers are hidden in the ceiling above the dining table. And a refrigerator and icemaker in a built-in cabinet at the foot of the stairs leading to the superyacht sundeck indicate careful crew service planning.

The owner paid special attention to the large saloon on the upper deck and the relaxation area forward. “This is the quiet area aboard, the place to come to just enjoy the view,” says Captain Belli. Adjustable-height tables can be adapted to make the area a huge sunning (or napping) platform shaded by the same UV-filtering awnings found on the other decks.

The sundeck is the perfect place for cocktails, in the owner’s view. The area is protected by a wraparound glass partition that reduces the breeze while keeping views to the water free and open. Forward is a superyacht spa pool surrounded by sunloungers, while aft are chaises longues that can be repositioned at will. The hardtop conceals a retractable awning and has louvres in the centre so that the banquettes and convertible tables beneath it can be shaded if necessary.

Also in the hardtop are built-in Bang & Olufsen speakers, just part of the state-of-the-art, iPad controlled sound equipment that this music-loving owner has installed throughout Vertige. There is a golden glass and teak bar to starboard similar to the one on the main deck, but with not only a refrigerator and icemaker but also a teppanyaki grill and a 42-inch television.

These three decks offer plenty of outdoor living options, but there is more. The transom opens to become a large beach platform with easy and direct access to the sea. When the transom is open, guests use the symmetrical staircases that lead down from the main deck aft to access a superyacht gym, complete with the latest Technogym equipment, and a dayhead with a spa steam shower. In port, the gym can be screened from view by light curtains. Captain Belli proudly shows off the refrigerator in the gym — another feature that makes Vertige such a special yacht. The trail of refrigerators and icemakers — four spotted so far, without entering the interior — is leads to the heart and soul of this boat.

Captain Belli leads the way through the main saloon’s living and dining areas. There is barely time to admire the views through the huge windows, or the Jerusalem stone wall with burnished brass accents, before we pass through the dramatically lit entrance hall and open a door. The entire inboard wall of the corridor is lined with a retro, illuminated, floor to ceiling wine cellar — or rather showcase, since this is not hidden away. It contains 300 bottles of the finest wines, including a generous cache of the owner’s favourite, Vertige from Domaine Yves Cuilleron. This very aromatic dry white from the north Rhône region is made from 100 per cent Viognier grapes.

“Constructing this cellar was a bit of an engineering feat,” says Karsenti, “because the different compartments contain wines that have to be kept at different temperatures. The owner’s real passion is for whites but he also stocks reds and wants them all stored correctly.” Hence coolers and icemakers everywhere.

But this is just the beginning of the story. A door from the wine corridor leads to a beautifully appointed VIP cabin with a Mies van der Rohe chair, leather fronted wardrobe, woven leather headboard and silver silk curtains. It has a 55-inch television and a mini refrigerator, naturally. The en suite is lined in precious onyx.

Another door leads to an equally beautiful, full-beam owner’s suite that is a larger version of the VIP with the addition of a study, dressing table, an Eames lounge chair with ottoman, a magnificent en suite with his-and-hers basins and spa shower, and a walk-in wardrobe. As a bonus, it also has spectacular opening side terraces. And, yes, there is another refrigerator.

Why have the VIP cabin so close to the master suite? “This layout was the owner’s decision,” says Karsenti. “He said he would be using the yacht for business meetings and couldn’t imagine entertaining an important business contact and then sending him or her down to a lower deck to sleep. It just didn’t sit well with his idea of hospitality. Two very top suites also work well on the charter market.”

So the picture becomes clearer: the owner loves music, wine and people. He uses Vertige both for and as a business, and when he is not hosting private meetings and entertaining clients, he charters. The layout includes four lower deck guest cabins — three doubles and a twin that can be converted to a double, or even a triple by pulling down the Pullman berth. There’s another mini refrigerator behind the teak panelling in the guest foyer.

The crew of nine was also chosen with chartering in mind. They come from the owner’s native France, Italy, Ukraine and the Philippines and can speak nine languages between them. However, crew and guest areas are kept separate. “Vertige is organised so that crew use the port staircases and corridors and the owner and guests use the starboard ones,” says Belli. “It works well for everyone because it keeps work paths free and protects the privacy of guests.”

En-suite crew quarters are situated on the lower deck and the captain’s cabin, also en suite, is on the upper deck next to the superyacht's wheelhouse. The crew staircase connects their quarters to a large pantry on the main deck and a pantry just off the bar on the upper deck.

Guests, meanwhile, can get to the various decks using the dramatically lit curved teak staircase with leather lined walls and floors. When the doors to the crew passage are closed, they are so well integrated into the panelling and walls that no one would ever notice them, making Vertige a yacht built for privacy as well as business and socialising — and the owner will surely want to drink to that.