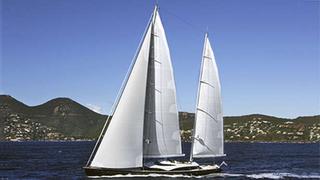 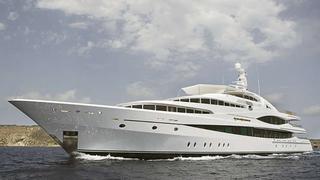 Here owners of some of the most notable superyachts on the seas today express worries over the implications MLC will have on their current vessels and future builds.

I have been really worked up about the ILO rules and have discussed it with various flag registrars and designers. I was going to email Boat International to open up the discussion about the rules as it could potentially stop yachting in its tracks.

Like it or not, this is coming into force the moment sufficient member states ratify the rules, which should happen by year end. Thereafter, all keels laid from January 2012 onwards will have to have crew quarters comply with minimum International Labour Organisation (ILO) requirements which are based on commercial vessel rules.

There has been virtually no industry input save for one designer and maybe one minor yard. Everyone else seems to have assumed there would be an exemption for the yachting and superyacht world. This is just not the case. In the future any yacht over 24m that does not have compliant crew quarters will not be approved for MCA and ISM.

It is all very well for a handful of builders to say their crew areas are compliant as they are building huge volume 60m+ motor yachts the size of a block of flats, but most other builders are constrained in space and cost, especially if below 50m in length.

The problem is even worse for a sail boat. We have the biggest and best sized crew quarters on any sailboat (my wife feels they rival a five-star boutique hotel) and we tried really hard to comply with the ILO rules but just could not do it. Remember that the manning levels have increased because of ISM, MCA and now ILO require single large cabins for officers. This is impossible with a sailboats tapered shape.

As it is, we have more crew than most sailboats as we also want to have the full Feadship service levels, but that means that we have to have the chief engineer share with someone much of the time.

There are a number of yards that are going to stop building motor vessels below 600GT. If this is adopted, it probably means that sailboats under 600GT are also nonviable or will have to move away from a Red Ensign Flag (although it does apply to all flags). We are 499GT which, in our opinion, is the limit for a sailboat unless you then go above 650GT and lengthen the sailboat to around 67m! But as you do so, you need more crew and so the crew areas need to be increased yet again!

I believe the fishing industry made representations to the ILO and have been granted an exemption, as have one or two other sub-industries. But as far as I can see, the rules have now been set and it would be difficult to get this changed now.

Unless the ILO grants an exemption for superyachts at this late stage, the only way to comply will be to put the crew in the area reserved for guests and to stuff the guests into the crew quarters, which rather negates the whole point of having a superyacht. Frankly, it is a mess and the number one threat facing the yachting industry.

I cant see how any sailing boat can comply with the new ILO regulations without the crew quarters taking over the whole of the guest area. New motor boats over 500GT may be able to comply, but the existing fleet needs to be grandfathered, (I am not clear from the documents whether this is happening).

We think, in the new Lady Christine, that we have built very generous crew quarters. However, I am not sure whether we will fulfil all of the ILO requirements. I have sent the requirements to RvL and asked them to check floor space, cupboards and drawers etc. We certainly dont comply on natural light.

The industry could be hurt very hard permanently if all of these requirements are going to be applied with rigour to all boats.

I do think that the ILO has not taken into account the difference between a yacht, 95 per cent of which spend more than eight months in port, and a commercial vessel which spends most of its time at sea.