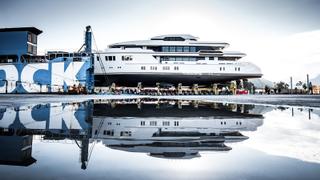 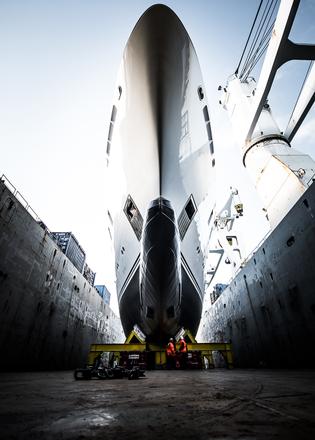 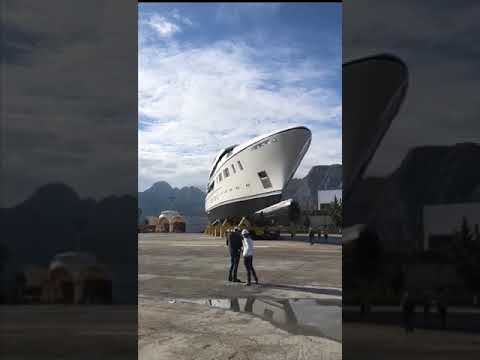 The Bureau Veritas and full MCA coded (LY2) yacht has a beam of 11.5 metres and volume exceeding 1400 GT.

Her RWD designed interior accommodates a total of 12 guests in six cabins, while the crew quarters allows for a staff of 17.

North Star will be offered for charter through Edmiston this summer.

Describing North Star as “a genuinely stunning yacht”, he added “I have no doubt that when she’s fully revealed to the world in the spring with a finished interior she will be very well received by the industry.”

North Star will now undergo sea trials before she makes her debut at the MYBA charter show in Barcelona this April.

More details about the yacht will be announced following full delivery.