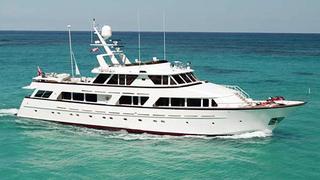 Curtis Stokes has been in touch to say that he has sold the 38.7m superyacht Endless Summer, with Steve Elario at Y.CO as the listing broker.

Built with an aluminium hull and superstructure by the prestigious Australian yacht builder Lloyds Ships in 1984, Endless Summer has been regularly upgraded, most recently in 2012 when she underwent extensive refit works and bring her up to pristine condition both inside and out.