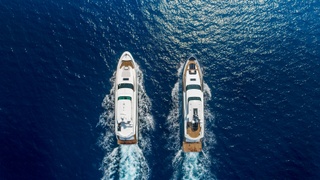 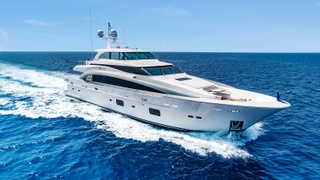 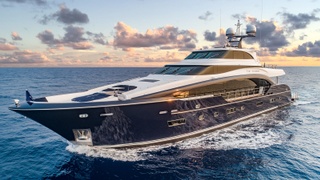 Taiwanese yard Horizon Yachts has revealed that its two 33.53 metre RP110 yachts have been launched and are now approaching delivery.

The fifth hull in the RP110 series has now been named Wild Duck and will soon be delivered to her US owner, who is a third time Horizon client.

Wild Duck features naval architecture by Donald Blount and exterior design created in collaboration with J.C. Espinosa. The interior, which was designed by Luca Dini features a four-cabin layout for eight guests and a saloon fitted with a 150-bottle wine storage unit. The interior design has been described as “inviting and casually elegant.”

The seventh hull in the series, meanwhile, has now been named The Legion and sports a striking dark blue hull. Intended for an Australian owner, the exterior design comes courtesy of J.C. Espinosa while Cor D Rover has developed the interior.

The yacht has been tailored to the owners’ preferences and features “a unique exterior profile”, with floor-to-ceiling windows on the deck house and distinctive hull.

Horizon Group chief executive John Lu said: "As the two newest RP110s begin their adventures of the opposite sides of the globe, their owners' stories will continue - with memories made aboard two beautiful, high-performance and well-planned Horizon superyachts."