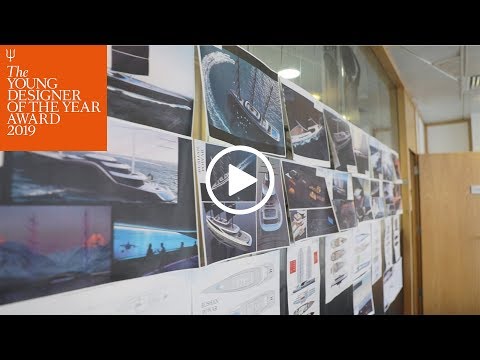 The judging panel of the Young Designer of the Year award 2019 have sifted through more than 100 entries to choose the winner of this year’s award. A shortlist of six finalists has now been announced.

The panel, which is made up of leading superyacht designers, examined the answers to the brief, which tasked candidates to create a design for a motor sailing yacht measuring between 80 and 84 metres.

However, hopeful candidates will have to wait until January 27 to find out if they have clinched the accolade, when the winner will be announced at the Superyacht Design Symposium.

Chairman of the judging panel Roger Lean-Vercoe hinted that the award had been won by the designer of “a futuristic sailing yacht.”

“You will see a lot of things in the answers that have been submitted that you don’t see floating around the ocean today,” he said.

He added that the brief handed to the young designers to pen a sailing yacht design had been an “unusual” choice.

“Sailing yachts are very specialist themselves and require lots of specialist knowledge that relatively few designers have,” he said.

Fiona Diamond, founder of the Seymour Diamond design firm, revealed the panel had been torn between two designs. “We had a tough choice because there were two that I think quite a lot of people couldn’t decide between,” she said.

“I think the winning aspect very much had a freedom of style that allowed somebody to be very creative without being too fixed in their opinions, which I think gave them more potential for future designs in the coming years.”

The Superyacht Design Symposium will take place from January 27-29 in Cortina d’Ampezzo in Italy. It will be attended by 400 of the world’s leading superyacht designers, shipyard chief executives and industry figures, along with yacht owners and other representatives.

To buy tickets to the event, visit www.superyachtdesignsymposium.com.