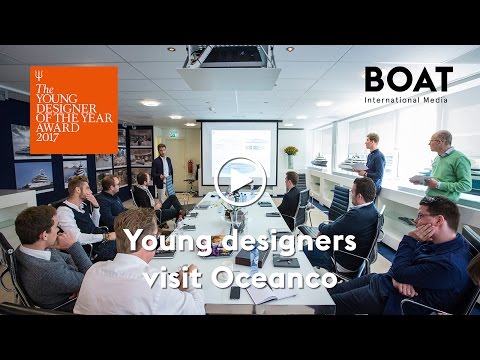 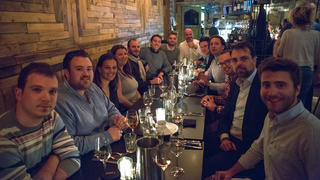 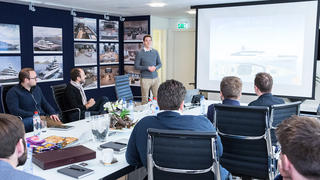 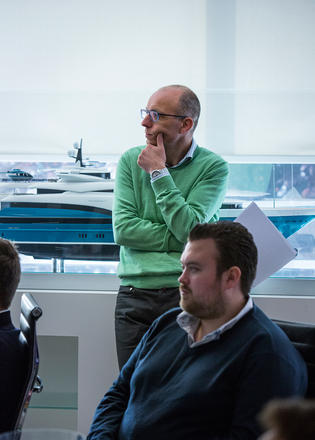 Dutch yard Oceanco rolled out the red carpet for the next generation of yacht designers last week, as eight of the nine finalists in the 2017 Young Designer of the Year Award were treated to a behind-the-scenes visit.

The award, which is now in its tenth year, is run is association with Oceanco and aims to discover the best young talent in the field of yacht design. This year, the competition was split into student and professional entries, with Thibaud Le Merdy and Eric Laurent being named as the winners in their respective categories.

The visit began on April 25 with dinner and a night out in Amsterdam, followed on April 26 by a chance for the young designers to pitch their designs directly to Oceanco’s in-house design, naval architecture and yacht management teams.

The visit continued with an exclusive tour of a top-secret in-build superyacht, allowing the designers to see how the yard’s spectacular designs translate into reality.

The young designers were treated to dinner, yard tours and workshops

Oceanco partners Bolidt and Esthec also hosted a series of workshops for this year’s Young Designer of the Year Award finalists and previous winners, before an exhilarating RIB ride into Rotterdam for dinner.

The three-day visit was capped off by a river tour of Amsterdam on April 27 to celebrate Kingsday — an important national holiday in the Netherlands.

Iris Bosschaart from Oceanco, said: “It is always great to see young, talented and enthusiastic designers contributing their ideas and testing them against real life experiences at Oceanco. Having the young designers spending time at Oceanco is an ideal opportunity to explore new innovative thinking."