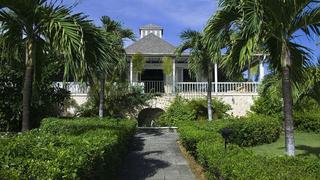 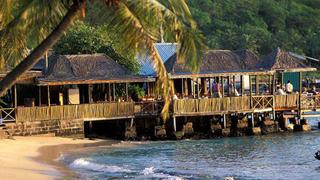 The social scene is turbo-charged by an intoxicating brew of royalty, rock stars, aristos and artists, who all love Mustique’s approach to paparazzi: deportation. So ask the captain to stop by this truly mesmerising destination on your Caribbean superyacht charter.

The late Lord Glenconner (Colin Tennant) bought the island for £45,000 in the 1950s and transformed a barely inhabited swamp into the Shangri-La of the jet set. Tennant’s stroke of genius was giving Princess Margaret a four-hectare plot as a wedding present. Mick Jagger and David Bowie both bought Mustique pads in the late 1970s, cementing the island’s stellar status.

Prince William and the Duchess of Cambridge have visited Mustique several times, while the Bertarellis and the Gettys have moored their yachts here.

Canadian fashion billionaire Lawrence Stroll’s New Year’s Eve party at The Great House. Rumour has it he grades the wine according to guests’ importance.

The Cotton House, a 20-bedroom beauty converted by Oliver Messel, famous for being the island’s social hub. Or, for a more intimate island experience stay at The Firefy, a five-room boutique hotel with a very popular restaurant. The menu is based on local produce, mainly from the hotel’s own plantation.

Basil’s Bar is an institution thanks to charismatic owner Basil Charles. Lobster and daiquiris are the usual fare.

Mustique’s famed Macaroni Beach is the place to be, but swimmers prefer secluded Gelliceaux.