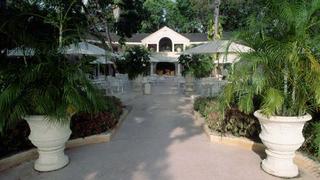 The Barbados vibe is in-your-face opulence. It is larger and less manicured than the other islands, but it’s just as exclusive for a super yacht charter.

Two men shaped the fate of the west coast of this former British colony after WWII: British former MP Ronald Tree and Sir Edward Cunard, a scion of the shipping line. Tree was so impressed with Cunard’s pad Glitter Bay that he commissioned architect Sir Jeffery Jellico to build Heron Bay, a white Palladian mansion (now owned by the Bamfords) and built the Sandy Lane Hotel. The Astors, Aristotle Onassis and the de Rothschilds visited the island and soon the fishermen’s shacks were replaced with Oliver Messel villas.

Simon Cowell and Philip and Tina Green are frequently seen in the harbour, while Gwyneth Paltrow attracts the paparazzi.

Most in demand is Bamford’s Heron Bay – Tony and Cherie Blair famously stayed there. It’s always high jinks at Holders House when Jack, Jodie or Jemma Kidd are in residence with their mother Wendy. Mere mortals can book for the Holders Season arts festival.

If you’ve unlimited funds and a thirst for celebrity, it’s all about the opulent Sandy Lane. More low-key luxury can be found at Cobblers Cove.

Philip and Tina Green enjoy the Sunday lunch seafood buffet washed down with Cristal at Sandy Lane. Daphne’s is a delight for rum punch at sunset, followed by a waterside feast at Tides. The Cliff is The Ivy of Barbados, with a hefty price tag to match – and it’s popular with children at Christmas thanks to the friendly Santa. Clubbers get down and dirty at Harbour Lights but most A-listers prefer to party in their villas or hotels.

Sandy Lane and Crane for sunbathing. Surfers flock to Bathsheba on the rugged east coast to catch the powerful Atlantic rollers.