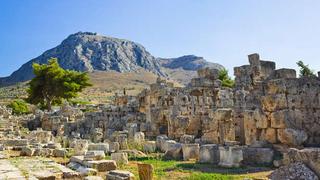 Charter a superyacht in the Ionian Islands

The economic unrest that currently engulfs Greece need not be a concern to charterers. Sensible precautions should be taken by anyone chartering in Greece, with funds placed in an escrow account for safekeeping. This is pretty standard procedure with most charters anyway, so should not involve any extra hassle or expense. You could argue that there has never been a better time to charter in Greece, with deals to be done and your spending power being greatly appreciated by the locals.

Anyone who has ever read books by Gerald Durrell will have fallen in love with Corfu, whether they have actually been there or not. His descriptions of an idyllic life as a boy growing up on Corfu cannot fail to have captured the imagination of his readers, and although the Corfu of Durrell’s days is long gone, this is still a stunningly beautiful island.

Readers of slightly earlier literature, from Homer to Aeschylus to Euripides, cannot fail to be moved by visits to Ithaca, and sites on the Peloponnese such as Mycenae, Argos, and Corinth.

The art and literature of the Western world traces its origins to these areas of Greece, and it’s hard not to be enthralled by the ancient sites, and delighted by the waterfront tavernas. As your yacht cruises the ‘wine-dark’ Ionian Sea, it’s easy to imagine yourself as Agamemnon setting sail for Troy or Odysseus returning to Ithaca. This land of legends, heroes and myth casts a magical spell over its visitors that will see them returning time and again.