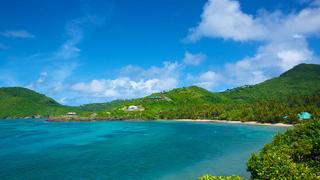 A German man has been shot dead and another man injured after being attacked on board a yacht that was anchored at Wallilabou Bay last week (March 4).

Local press have reported that two armed assailants boarded the yacht 1.35 am and fatally injured a 40-year-old man. Another man, thought to be the Captain, was also injured during the attack but the extent of his injuries have not been revealed. The anchorage is popular with visiting yachts as it was used to film scenes for the Pirates of the Caribbean.

The Prime Minister for St Vincent and the Grenadines, Ralph Gonsalves, has expressed his “revulsion” at the crime.

“This is a terrible, terrible stain on our country; and this criminal act by these two masked intruders disturbing the tranquillity of persons on the yachts,” he told a local radio station. “It cost millions of dollars, because we sell peace, security, tranquillity.”

The Prime Minister praised the Coast Guard for arriving within 20 minutes of the incident and said that efforts would be made to increase security in the area.

“We, and I have spoken to the commissioner [of police], have to strengthen certain security arrangements which we have in place in certain areas and to extent even further in other areas, which means additional costs for us — for the government,” he added.

The Prime Minister also said that were arrangements were being made to fly home the injured man and said that he would contact German chancellor Angela Merkel directly to express his condolences.

“This tragic incident shows just how vulnerable yachts, their passengers and crews can be," said Phil Cable, CEO of maritime security firm MAST. "The quick response from the Coast Guards should be praised but this also shows how vital comprehensive security measures are when in port as well as at sea. Conduct after capture training is highly recommended as knowing how to behave in the event of the vessel being boarded by criminals can save lives.

“In the event that a yacht suspects an attack is about to take place, or is actually under attack, it is important to have a clear set of procedures for raising the alarm to the local authorities, briefing crew and passengers, and ensuring they are kept in a safe position in the vessel.

“When underway, yacht owners and skippers should take the security of their vessel as seriously as navigational safety. Fundamentally, as a yacht owner master or manager, one should regard the High Seas as an area where self-help and protection need to remain firmly in focus.”

If you are concerned about safety on board don’t miss our guide to fitting out a superyacht for maximum security and what you need to know about piracy right now.