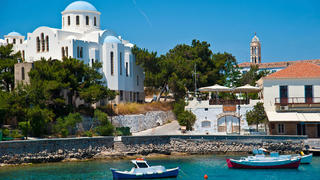 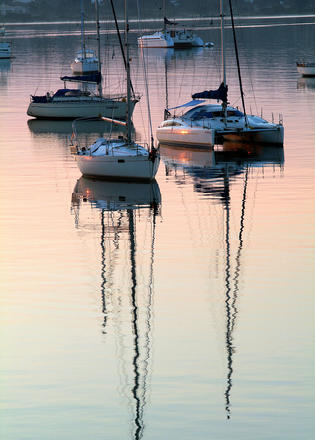 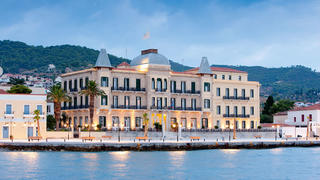 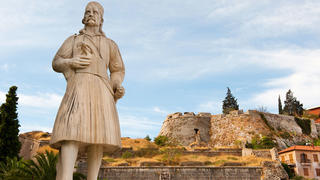 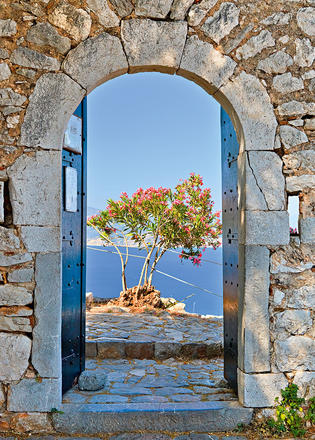 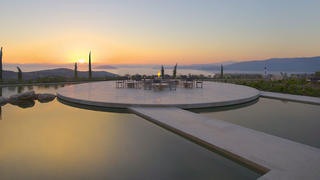 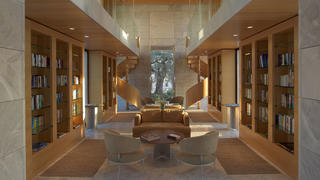 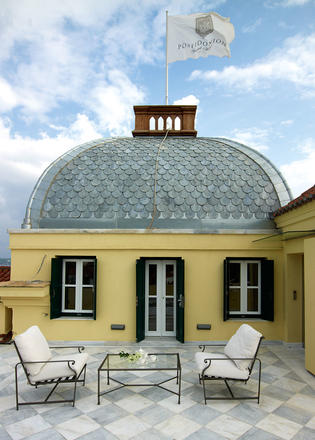 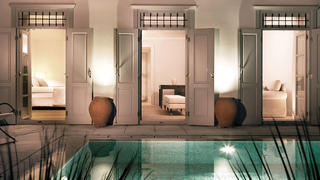 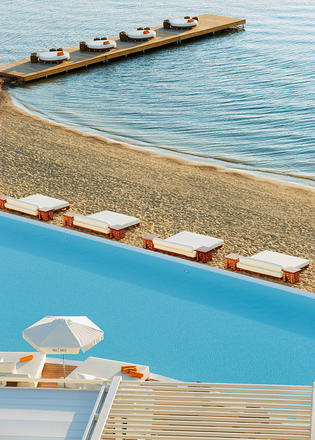 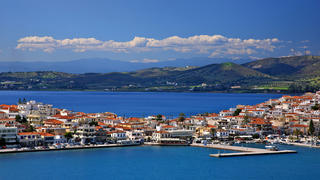 Find the new Greek Riviera in the southern Peloponnese

Sick of the Cyclades? Superyacht owners are discovering the calm waters and social buzz of the southern Peloponnese, says Emma Bartley

As you approach the island of Spetses, just off the southern Peloponnese, you’ll notice kaikis being built around the old harbour. The skill of constructing these traditional wooden fishing boats is still being passed down from father to son – even as those same families watch the water in front of their workshops filling up with superyachts.

Big boats are a more familiar sight around the Cyclades islands of Mykonos and Santorini in the Aegean. But over the past few seasons the yachting crowd has been drawn south west to the calmer waters and new developments of what the local buzz is calling a new Greek Riviera, encompassing Spetses, nearby Hydra and Porto Heli in the mainland region of Ermionida.

“The central Aegean and the Cyclades have a special character: strong wind, a whiteness and dryness, which is totally remarkable,” says Antonis Vordonis, owner of the Poseidonion Grand Hotel in Spetses. “Our region is different: it is mild and green, with blossoming lemon trees, olive trees and, of course, the architecture and history.”

The environment also offers some practical advantages over Greece’s better-known yacht playground. Whereas the infamous meltemi winds can hamper July and August cruises in the Cyclades, the Greek Riviera has “very steady winds, which are predictable and breathe freshness, but also are mild enough that they don’t create anxiety about anchoring and drifting”, says Vordonis.

These charms are not a secret in Greece – the region is a favourite hideaway for Greek royals and wealthy Athenians (the journey to Porto Heli from the capital takes about an hour and a half by yacht, or 40 minutes by helicopter) – but they are being polished up by a group of local investors who want to see the area play to its strengths as it recovers from the financial crisis.

The past five years have seen a sumptuous revamp of the Poseidonion, a 100-year-old hotel on the waterfront of Spetses; the building of an ultra-luxury Aman Resort, Amanzoe, on the mainland in Kranidi; and most recently the launch of a fashionable Nikki Beach Resort in neighbouring Porto Heli. With more yachts arriving every season, there are plans for a chic Chedi hotel, with an 18-hole golf course, in the hills of Kilada to the north, and – drum roll please – a 170-berth marina built in Porto Heli by early 2017 to coincide with the new Ermioni Marina nearby.

The result is a new atmosphere among the pines and neoclassical villas. “The one common denominator is understated elegance and low-key attitude, for affluent Greeks and foreign jet-setters alike,” says Katerina Katopis, of Dolphin Capital Investors, which is behind many of these developments.

At the time of the Poseidonion’s relaunch another local investor, Miltos Kambourides, was scouting locations in Ermionida that might attract a different type of guest: the glitterati who frequent the exclusive Aman Resorts. He found a suitably idyllic spot, with panoramic views of the sea on one side and over the valley to the mountains on the other, and his firm Dolphin Capital Investors opened Amanzoe in 2012. It is this hotel, captains report, that has put the region on the map for superyacht owners.

With guest villas and pavilions surrounded by a walled garden, however, there are few sightings of the Hollywood actors, sports stars and billionaires who make up the hotel’s clientele. As well as peace and privacy, they are attracted by its stellar facilities, which include a helipad and a sprawling spa, one of the best in the Mediterranean, with treatments such as Watsu water therapy, for deep relaxation. The views from the glass-sided yoga and Pilates studio will distract you from your sun salute position.

Moored on a jetty off Amanzoe’s private beach, the hotel’s Wally One powerboat is available for exclusive use by guests who want to explore the secluded bays and islands along the peninsula. Popular day trips include Hydra, with its pretty markets, rustic Mediterranean restaurants and galleries, and the all but uninhabited Dokos, where the oldest known shipwreck was discovered (dating back to 2700-2200BC). The seaport of Nafplio, capital of the First Hellenic Republic, offers ancient architecture and sculptures.

It was arguably Antonis Vordonis who kicked off the region’s revitalisation, acquiring the Poseidonion Grand Hotel – built in 1914 in the Côte d’Azur style – about 10 years ago when it was in virtual ruins. An engineer and shipping heir, he spent childhood summers at his family’s home on Spetses and could not bear to see the landmark in decline. A five-year refurbishment followed.

“The restoration took a long time, but everything had to be done properly,” says Vordonis. “We respected every [original] tile, every door handle, every light switch. We wanted to attract guests who would appreciate a sense of history.”

It is the perfect base from which to explore the car-free island (the pier in front of the hotel comfortably accommodates yachts of 50 metres, although a 120 metre has tied up there before). The Greek revolution against the Ottoman Empire began on Spetses in 1821, and a statue of the revolution’s heroine, Bouboulina, is in the new harbour. The September festival of Armata, during which a model representing the Turkish flagship is burnt in the harbour, is a great time to visit.

The place to see and be seen, however, is Porto Heli – a resort that locals hope will come to rival Monaco. The aim is ambitious but has some foundation – it has royalty (former King Constantine II and Queen Anne-Marie keep a house and a boat in Porto Heli), Hollywood stars (Sean Connery and Antonio Banderas are believed to own villas here) and excellent mooring and facilities for even the largest yachts (the Barclay family’s Enigma, Roman Abramovich’s Eclipse and the Steve Jobs-commissioned Venus have all been spotted in Porto Heli in the past few years).

The jewel in Porto Heli’s crown is the new Nikki Beach Resort and Spa, which has added a younger, livelier sensibility. Connoisseurs of the brand, whose white, wafty-curtained beach clubs grace Miami, Ibiza, Bali and Saint-Tropez, love its Champagne-soaked party atmosphere, with a DJ playing dance music by the pool day and night. For them, Nikki Beach’s first hotel in Europe is a reason in itself to visit Porto Heli.

The white 1970s building has certainly been refurbished with hedonists in mind. Each of its 66 rooms and suites has a sea view and a mirrored wall, as if to confirm that this is a brand for beautiful people. Personal trainers, a gym and a spa offering ESPA treatments are all on hand. Overlooking the pool, beach and twin piers (designed to allow you to tender straight in) Café Nikki serves salads and its famous sushi on dragon-shaped platters. At night, the Pearl Rooftop Lounge is a popular cocktail spot.

It all seems a long way from those fishing boats on the dockside but, even here, a nautical affinity suffuses the atmosphere. And although at first it seems odd to see tiny wooden kaikis floating alongside vast yachts, this shared appreciation for the sea underlines why this new Greek Riviera is proving so successful – and why the superyacht fraternity will feel right at home.

Some 10 miles by road from Porto Heli is the port of Ermioni, where work should shortly begin on a new marina. According to the operator, Camper & Nicholsons Marinas, it will accommodate 127 yachts of up to 65 metres and is due to take 18 months to complete. The company hopes that Ermioni Marina will set a new benchmark for Greek superyacht marinas, with bars, restaurants, shops, a swimming pool and a chandlery.

5 of the best beaches in Greece and its islands