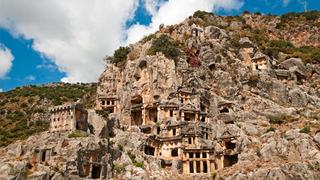 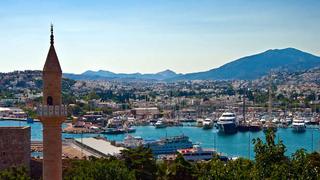 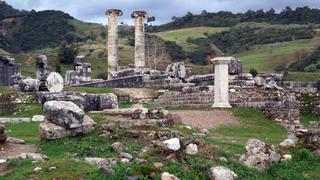 Must-sees while chartering your yacht in Turkey

Experienced charter broker Barbara Stork Landeweer explains why she recommends a yacht charter in Turkey for those looking to explore hidden gems off the beaten path.

I suggest arriving at the Izmir Airport where a private guide can be arranged to take you to Sirince, a small village perched on top of a mountain that is known for its olive oil production and impressive vineyards.

This village represents a beautiful blend of Turkish and Greek cultures from the 1920s, because, after the Independence War, it was agreed that the Greek homes would maintain their original characteristics.

As you stroll amongst the narrow cobblestone streets of Sirince, you can interact with the charming inhabitants of this tranquille little village that offers homemade fruit wine, herbal soaps and olive oil.

The exquisitely-designed mansion restaurant of Güllü Konak (Rose Residence) is a splendid place for a relaxing lunch. Situated amongst fragrant rose gardens, it features international cuisine with a regional influence, such as oregano cultivated from the Sirince mountains.

From Sirince you may visit the Temple of Artemis, one of the Seven Wonders of the Ancient World, which was a center of pagan religions in the 15th century.

A visit to the most famous ancient city of Asia Minor, Ephesus, is a must. Ephesus played a major role in the development of arts and architecture, as well as religious, governmental and economic systems.

A visit to the ancient city of Ephesus is a must

After meeting your private charter yacht in Kusadasi and settling in with a sublime dinner on board prepared by your personal chef, your charter holiday begins with an overnight cruise to the island of Kos and the ancient site of Asclepion.

Asclepion is a site dedicated to the god of healing and once served as a medical school and a healing center where Hippocrates is said to have taught and received his medical training. Today you can see Roman public baths, patients rooms and temples dedicated to Asclepius and Apollo.

Türkbükü bay is known as the Saint-Tropez of Turkey

From here your yacht will depart for Bodrum and anchor in the Türkbükü bayknown as the Saint-Tropez of Turkey. Enjoy dinner at one of the trendiest spots of Türkbükü, the hip Maça Kizi Hotel, or, for a quieter evening, anchor in the shadow of St. Peters Castle, which boasts an impressive marine archeological museum. One hundred years ago this was one of Greeces most prosperous islands and her spirit remains unmodernised. While here, I recommend dinner at a local favorite: Manos Restaurant.

Your charter will continue to the pleasant town and port of Datça and its peninsula with secluded and beautiful bays and on to the bay of Dalyan-Ekincik, known for excellent windsurfing. A lunch of fresh fish in a Dalyan village by the river is a must, as the river is the spawning ground for mullet and bass.

The ruins of Caunos include an amphitheater overlooking the Dalyan River; one of the most beautiful features of the site is the rock tombs sculpted in the form of the porticoes of small Iconic temples.

Next is one of my best-kept secrets: the partially sunken ruins of Dolchiste, an ancient town which was destroyed by an earthquake during the 2nd century. The town was rebuilt but then abandoned due to Arab incursions.

Now a specially protected area, the region encompasses the island of Kekova as well as the four ancient towns of Simena, Aparlae, Dolchiste and Teimioussa.

Your journey continues to Gemiler Island and ends in Göçek, whose coves and 12 islands are known as a hidden paradise with azure waters and green pine forests. Relax aboard your yacht amidst this stunning scenery before your transfer to the Dalaman Airport for your journey home.