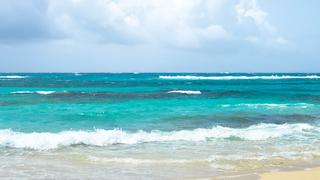 Owners warned after luxury yacht attacked by pirates near Nicaragua

Luxury yacht Golden Eagle managed to escape an attempted pirate attack at the end of last month (January 27) in the Caribbean Sea off the east coast of Nicaragua. The 21 metre yacht was attacked by an 18 metre fishing vessel while transiting from Colon in Panama, to Roatán in Honduras.

The owner of the yacht Andrea Peterson told _Dockwalk _that the pirates approached when they were north of Colombia-controlled Isla Providencia. There were four people on board, including Peterson’s four-year-old son, when the attack happened.

“We are all fortunately okay, but the sixty-foot steel fishing vessel tried to ram and board us,” Peterson said. “A chase ensued, and we were able to outrun them going full speed at fourteen knots. I think we lull[ed] ourselves into a false sense of security cruising the Caribbean Sea.”

Security specialists Maritime Asset Security and Training Ltd (MAST) told Boat International that this case should serve as a reminder for yacht owners and skippers to take the “security of their vessel as seriously as navigational safety”.

“This case demonstrates how quickly a criminal attack on a vessel can turn a peaceful cruise sour. When underway, yacht owners and skippers should take the security of their vessel as seriously as navigational safety,” said Gerry Northwood, COO at MAST.

“Not only is it important to maintain a good lookout and build situational awareness, but to also understand the pattern of life and vessel behaviour for the area being sailed through. Early and decisive action should be taken to ensure that suspicious vessels are kept at a safe distance, and suspicious activity should be reported.”

Gerry added that having a clear action plan in place is vital protection against such attacks.

“In the event that a yacht suspects an attack is about to take place, or is actually under attack, it is important to have a clear set of procedures for raising the alarm to the local authorities, briefing crew and passengers, and ensuring they are kept in a safe position in the vessel.”

If you want to find out more about piracy and security don’t miss our guides to fitting out a superyacht for maximum security and what you need to know about piracy right now.

7 things you need to know about piracy right now