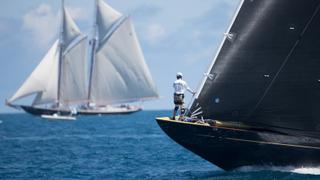 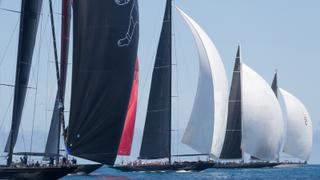 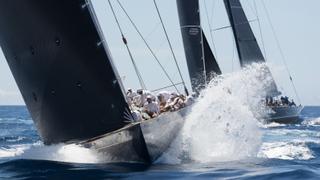 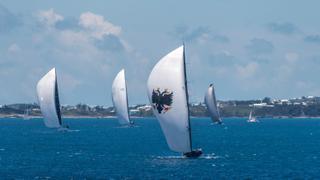 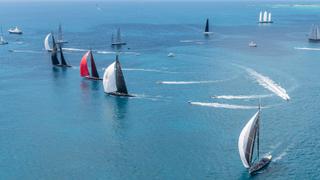 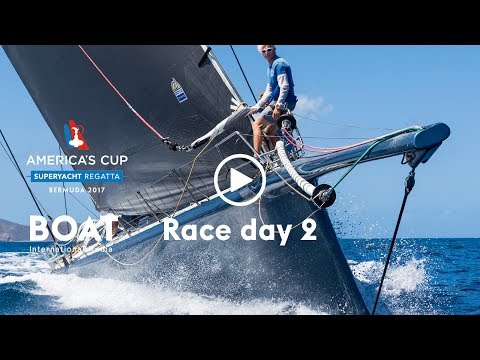 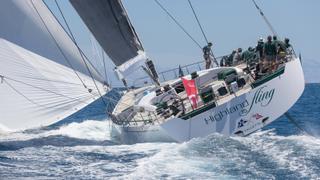 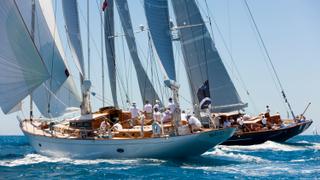 After light winds on the opening day, the America’s Cup Superyacht Regatta fleet revelled in the brisker winds and glorious hot sunshine during the second day of racing. The conditions resulted in more open courses which were set to offer more passing lanes and keep the crews on their toes with a bigger range of wind angles requiring smart sail choices and slick crew work.

All eyes were on Svea in the J Class, racing in association with the Bermuda Business Development Agency. The newest J Class yacht in the historic six strong fleet sailed a sparkling debut in light-medium winds off St Georges to take third place in the most competitive J Class fleet ever mustered.

“I did not really know what I was expecting from my first J Class race. I expected it to be big and scary with big loads on everything,” Svea’s tactician Charlie Ogletree said. “It was big but it was not so scary. The conditions were perfect.”

Just as there was in the first race on Tuesday, there was a split in the J Class fleet off the start line. After electing for the wrong side and being left behind yesterday, Lionheart with Bouwe Bekking calling tactics for the owner-driver, read it best today. They reaped the reward of extra wind pressure and lead around the first mark from Ranger which has four times America’s Cup winner Brad Butterworh as tactician here. But Lionheart proved unstoppable, easing away to lead Ranger across the finish line with Svea taking third. While Lionheart won the race, now with two second places, the 2003 launched Ranger leads the class going into the last day of the regatta.

“Consistency is important,” commented Erle Williams the Ranger skipper-helm. “You don’t need to win every race to win the regatta. Brad Butterworth has put us in the right places and we have had some luck. We struggle in the lighter winds like yesterday in six and a half knots for example but the boat is going well. But when it is nearer ten knots we can hang in there.”

In Class A the 10-13kts wind conditions and flat water were much closer to what the crew of Lord Irvine Laidlaw’s 35m Nautor Swan 115 Highland Fling were looking for as they won their first race since the boat was launched last year.

“It is a great regatta,” said Geoff Meek. “The superyacht regatta brings a huge influx of sailors to the island. The guys are loving the chance to see America’s Cup racing when they can.”

“The wind was pretty up and down yesterday, today it was more consistent and that helped us,” Sojana’s boat captain Loz Marriot commented. “We had good teamwork on board, we were helped a little because Hyperion sailed towards the wrong mark for a short time, but we had some nice tactics today. Loick keeps the boat rolling along nicely on the helm.”

Not one crew has managed to put two back to back wins together in any of the four classes. In Class C it was the 28m spirit of tradition style yawl Bequia, by Stephens Waring Yacht Design, which triumphed, winning today by over four minutes over their 12.3 nautical miles course.

With such fluctuating fortunes, it is all to play for on the final day of the regatta. The winner of each class will receive a limited edition Bremont AC1 watch, alongside 1st - 3rd receiving beautifully crafted Puiforcat trophies. The big question is who will be the overall winner of the The Boat International America’s Cup Superyacht Regatta Trophy?