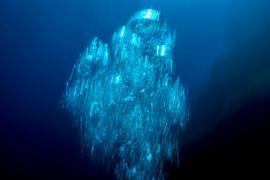 About the Ocean Awards

Now in it's third year, the Ocean Awards continue to recognise and reward those that share our commitment to fixing the largest solvable problem on the planet – the crisis in our oceans.

Without the complex marine biodiversity provided by our oceans, you wouldn't be here - and neither would your yacht. 71 per cent of the earth's surface is covered by the ocean, which produces more than half the oxygen we breathe, absorbs half the carbon dioxide we produce, regulates climate, supplies ecosystems and employs about 140 million people, including those in fishing, aquaculture, tourism and, yes, the yachting industry.

The sea provides humankind with incalculable pleasure, whether swimming in it, looking at it or being on it. Yet the oceans are now under serious threat from irresponsible human activity, such as overfishing, coastal pollution and climate change. Luckily this crisis presents the largest solvable environmental problem on the planet and with decisive action studies show that it is reversible within 20 years.

There is no time to lose. Our aim is that the Ocean Awards will gather those who are passionate about improving the future of the oceans. Held in partnership with Blue Marine Foundation, one of the UK’s leading ocean conservation charities, the finalists will be announced in February and the winners will be announced in the June 2018 issue of Boat International.

After much deliberation and feedback, the decision has been made to alter the format of the Awards from the previous editions resulting in a purely editorial coverage and announcement of the Awards winner which will be celebrated via Boat International and Blue Marine Foundation's media channels. However, for 2018 there will be no "Awards Event" as such.

The reason for this is that it is felt the previous format did not allow the winners to fully explain their work, nor the audience to fully engage with them. Instead, Boat International will be hosting a different event later in the year, taking place in London, that will focus on ocean conservation.

Meet the judges
View the categories
Submit a nomination

Submit a nomination for the Ocean Awards 2020

The categories of the Ocean Awards 2020

The Judges of the Ocean Awards 2020