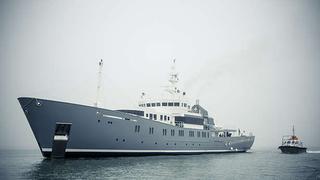 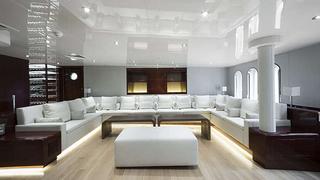 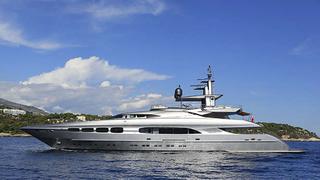 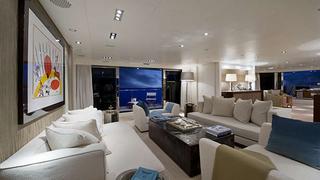 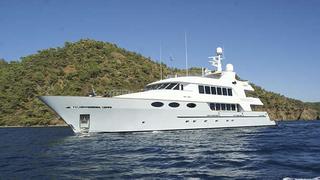 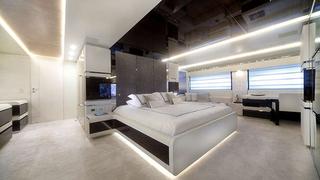 There is a big difference between a superyacht conversion, rebuild and refit – just ask any owner who has every undertaken one. The following awards recognise the stand-out superyachts of the year who have each made a transformation – inside and out – in various degrees to gain a new lease on life. Each of the awards in this category is sponsored by Amels.

The conversion of superyacht Enigma XK from a British government-owned Fisheries Protection Vessel designed for service in the roughest of North Atlantic waters, into a comfortable and capable expedition yacht was extremely well done by the La Rochelle-based Atlantic Refit Center, according to the judges. Masterminded by naval architect Philippe Briand, the new design paid homage to the original looks of the vessel while adding significant new elements to the superstructure to provide the interior with every element that might be expected in a superyacht of this size.

The judges felt that the interior design took maximum advantage of these new spaces, exploiting them to their full with a magnificently glazed private saloon and dining area adjacent to the owner’s suite, as well as a further saloon and dining room and five spacious guest cabins. In the spirit of a long-range expedition vessel, the sheltered main deck aft now provides stowage for the two large tenders, together with two all-terrain vehicles and a selection of water toys, all launched using a nine-metre reach crane.

The judges were particularly impressed with the refit of Auspicious, formerly Streamline, a 50.8-metre yacht launched from Mondo Marine in 2009. The owner, a high profile businessman, had purchased the yacht on account of her good looks and wished to change the ambience of her previously minimalist interior. The work was carried out by her original builders, with design input from Eidsgaard Design, over an amazingly short period of 14 weeks. In this time, new sliding doors were added to either side of the main deck saloon to improve access to the existing side-deck balconies.

All floors were replaced and under floor heating added in the bathrooms, while all loose furniture was replaced, the interior was newly accessorised. Many bulkheads and walls were re-dressed with new materials and certain items replaced entirely by yacht interior furniture manufacturers, Vedder, while Silver Lining contributed key items. The judges felt that the scope of this short but intense refit was most worthy of a Neptune.

The judges chose Keyla, launched by Trinity Yachts in 2003 as Victory Lane, for the Rebuild Award on the strength of a most comprehensive rebuild that totally upgraded and changed the character of the yacht. A team from RMK Marine working with the owner’s own team and sub-contractors, completely stripped out the former interior and replaced it with a new design from Hot Lab Yacht & Design, while all decks were re-laid with teak, and the entire stern area was rebuilt, adding 2.5-metres to the overall length.