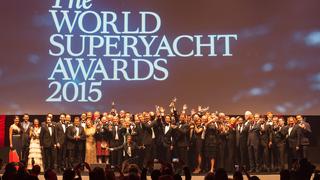 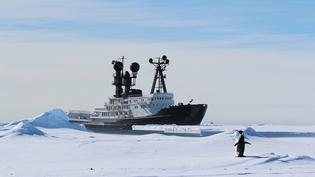 There are just two weeks until nominations for the 2016 World Superyacht Awards close, on November 30. An impressive selection of brand new sail and motor superyacht nominees, as well as a strong number of refit vessels, have already been entered for the 2016 competition. Owners must wait until after the shortlisting meeting in January to find out which yacht entries are in the running to receive a coveted Neptune trophy at the 2016 prize-giving.

In addition to the yacht categories, nominations are open for the prestigious Voyager’s Award until 26 February, 2016. The Voyager’s Award recognises a superyacht owner who has made extensive use of their yacht in long distance voyaging and exploration.

The Voyager's Award recognises not only yachts that have accomplished rugged voyages to high latitudes, but also welcomes nominations from owners who have cruised to areas rarely visited, explored new vistas in popular areas and cruises which incorporate interesting and perhaps educational adventures for children. The number of miles covered is of little importance, nor are long ocean crossings; it's what you see and do on your cruise that is important.

The competition is free to enter and entries are invited from the owners or charterers of a yacht of over 30m in length that has undertaken a voyage of an unusual or exploratory nature during the period between 1 January, 2014 and 31 December, 2015.

Nominations for the 2016 Voyager's Award can be made online.

Full details concerning the award categories and the rules and entry requirements are available to view on the World Superyacht Awards website. To qualify, all yachts must be over 30 metres in length and have been delivered to their owners between 1 January 2015 and 31 December 2015.

Please note that the materials required to support your nominations, as detailed in the Rules and Entry Requirements, must be received by the administrators no later than the closing date of 30 November, 2015.

We are anticipating high demand for tickets this year. The gala evening will be complemented by an additional social programme taking place across the weekend, including a welcome cocktail reception on Friday 13 May. Don’t miss out on your opportunity to attend the gala evening and be sure to make your table applications promptly to avoid disappointment.

Priority will be given to superyacht owners and the teams involved with finalist yachts and tables are not confirmed until payment has been received.

Submit a nomination for the World Superyacht Awards 2020