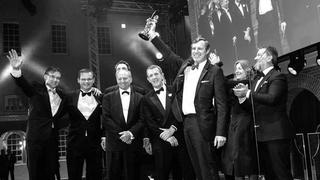 Nominations are now open for the 2015 World Superyacht Awards, which will be held on Saturday 9 May, 2015, in Amsterdam's Het Scheepvaartmuseum.

The prestigious awards, celebrating the finest superyachts launched in 2014, will return to the host city of Amsterdam in The Netherlands for a second year. The awards ceremony will be followed by a glamourous gala evening. Held at Amsterdam's maritime museum, the Het Scheepvaartmuseum, the location embraces The Netherlands' rich yachting heritage. Once again, prolific Dutch superyacht builders play a role. Five of the world's leading shipyards – Amels, Feadship, Heesen Yachts, Holland Jachtbouw and Royal Huisman were pivotal in the event being held in The Netherlands and continue their support in 2015.

It is the 10th anniversary of the World Superyacht Awards, which are regarded as the foremost prize giving in the yachting industry. Nominations are now open for superyachts more than 30 metres in length in motor yacht and sailing yacht categories classified by length, as well as those for refitted, rebuilt and converted yachts. Nominations are also requested for the the inspirational Voyager’s Award, honouring superyacht owners or charterers who have recently undertaken a journey of an extraordinary nature.

All yachts must have been delivered between 1 January, 2014, and 31 December, 2014. Nominations close 30 November, 2014. Any person may nominate a yacht as long as they are in a position to deliver the required documentation outlined in the Rules and Entry Requirements by the closing date.

World Superyacht Award nominations are open and are encouraged to be sent in as soon as possible in order to give the expert jury – an independent panel comprised of 20 superyacht owners and two leading industry professionals - to personally visit as many of the nominated entries as possible during the upcoming yacht show season. Following the close of nominations, Boat International Media’s team of editors and contributors will meet to reduce the nominees to a list of outstanding finalists who will be announced in January 2015. From among this elite group of shortlisted yachts, the World Superyacht Awards judges will decide the winners, which remain secret until the night of the awards in Amsterdam.