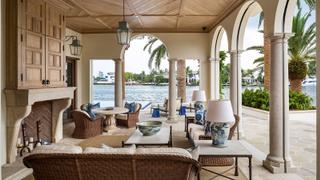 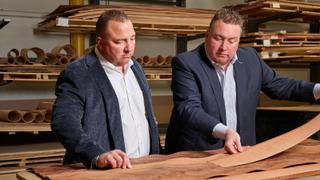 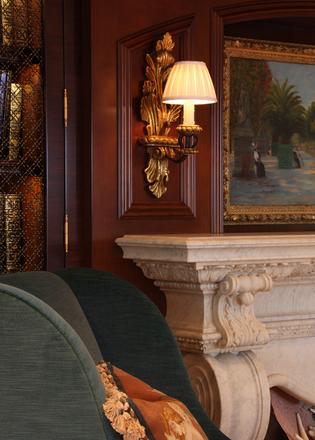 Michael Merritt is a woodworker who creates stunning interiors without having to chop down his beloved raw material...

Deep in the swamps of Florida and the bogs of Croatia there lies buried treasure: old growth wood. Not only does it have a richness and character not found in its current growth counterpart, but it’s also in sync with a growing environmental consciousness – salvaging it saves a tree.

At the forefront of this movement is Merritt, the Ohio-based company that works with top designers to craft interiors for estates and superyachts. “The aspect of not having to cut down another tree is important to us and we feel the responsibility to share what we know,” says Michael Merritt, president of the family business that began with his father, George, an artisan woodworker.

What they know is that coveted woods such as tidewater red cypress can be recovered instead of culled from the one remaining old growth stand. In the 1800s, harvesting the massive 500 to 1,500-year-old trees from Florida’s Apalachicola swamps meant floating them out, but the dense wood loaded with cypressene was inclined to sink. Ten per cent of the tens of thousands of felled trees didn’t make it. “These are what we are still chasing today – the sinkers,” says Merritt. His company uses them for panelling, cabinetry, flooring, ceiling beams and more. “It’s a very good wood with an interesting grain. We often wire brush it to create texture.”

Even more rare is the pecky variety, peppered with holes caused by a fungus when it was living. Merritt built a saloon for 85 metre Cakewalk (now Aquila) out of this.

Merritt also recommends reclaimed longleaf pine, forests of which used to cover 90 million acres of the southeastern US until they were exhausted in the 1920s. This highly rot-resistant pine was used in the pre-steel era to build mills and factories. Today, wood from dismantled buildings can have a second life in ultra high end interiors.

For veneers, Merritt turns to Eastern Europe for bog oak, ancient trees that likely met their fate naturally, toppling thousands of years ago in low lying wet areas and discovered only fairly recently. These are all dwindling supplies that Merritt estimates will be depleted within 10 years. “At some point those who have, will have; and those who don’t have, won’t have.”