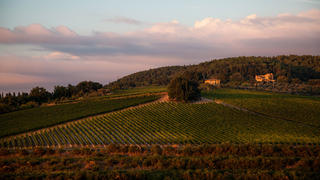 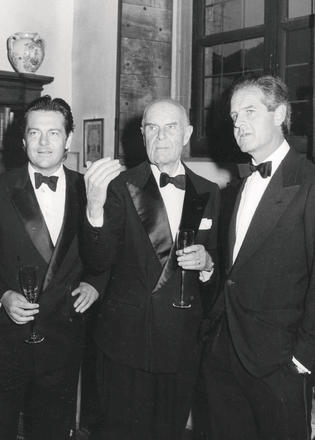 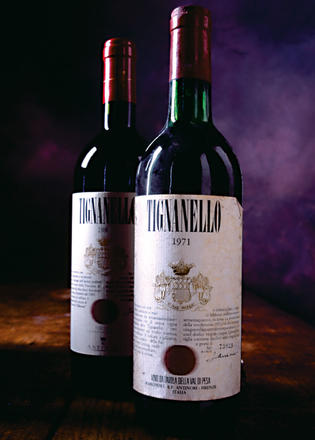 So there you are, taking on supplies in Rimini, Amalfi or Sicily. The finest comestibles are being loaded on board but you also want the best vino that money can buy. Well, you’re in the right place: Enotria, the land of wine. You duly stock up on some bottles of Tignanello, Solaia, Ornellaia, Sassicaia, Biserno and some deliciously quaffable Pèppoli Chianti Classico.

Such wines are as good as they get, the best Italy has to offer. And guess what? There’s a link between them, a common family denominator, and it’s the proudest name in Italian viniculture: Antinori.

Sassicaia, the grande vino of this Tenuta San Guido estate, was created by Marchese Mario Incisa della Rocchetta, and Ornellaia by his nephew, Lodovico Antinori. Tignanello and Solaia were introduced by Lodovico’s elder brother, Piero, and, having long since kissed and made up after a row (Lodovico once told me that the Antinoris’ squabbles started when sharing a comb when he was eight) the two brothers are now involved jointly at Biserno.

Antinori, the 10th oldest family-owned company in the world and partner at the recent World Superyacht Awards in Florence, dates back to 1385 and, as the eldest son, Piero (the 26th winemaking generation) inherited control. Lodovico promptly decided he couldn’t or wouldn’t work with his sibling and sold his shares. This forced Piero to cede 49 per cent of the company to Whitbread before managing to claw it all back several years later. His three daughters – Albiera, Allegra and Alessia – are also heavily involved, with Albiera poised to become company president.

Antinori has long been famous for the superb quality of its Tuscan wines, but it was Tignanello that really made the company’s name. A barrique-aged blend of Sangiovese, Cabernet Sauvignon and Cabernet Franc made in Chianti, it broke the mould with its first vintage in 1971 (released in 1974).

“For centuries, Italian winemakers had concentrated on quantity rather than quality,” says Piero. “When I took over at the end of the 1960s I vowed to stop this negative trend. I realised that in Tuscany we had enormous potential. We experimented with new viticulture and new winemaking techniques. We also used grapes in the blend, namely Cabernet Sauvignon and Cabernet Franc, forbidden in Chianti.”

The result was Tignanello, a wine of astonishing finesse, depth and elegance. Marchese Piero Antinori suddenly found himself to be a revolutionary. “We produced in Chianti but we didn’t follow Chianti’s rules,” he explains. “Our wine was better than any other in the region but, since the grape varieties we used were not permitted, we had to release it as a basic vino da tavola rather than as a Chianti, albeit at a far higher price. This upset many of my rivals. But we were so successful that people very soon followed suit and rules changed.”

The marchese is openly biased and believes that the finest wines of Italy come from Tuscany - one of the best wine regions to visit by luxury yacht - and its historic regions such as Brunello and Chianti and newer ones such as Bolgheri and Maremma. But what wine would he open on his superyacht to celebrate something very special? “Ah, that’s easy!” he exclaims. “For sentimental reasons it would be 1971 Tignanello. A turning point for me, my company, my region and my country and worthy of the most special of occasions.”

Bunch of greats: The best UK wine merchants that deliver to your yacht