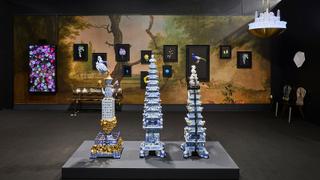 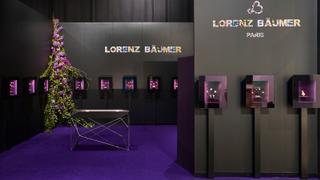 From 31 January – 3 February 2019, the PAD art fair will return to Geneva for its second Swiss edition. PADGenève will be open to design enthusiasts, exhibiting both contemporary and antique pieces to decorate your home or superyacht interior. The first of this year’s PAD fair series, which launched in Paris 23 years ago, PADGenève will see both new and established designers exhibiting the best pieces of furniture and fine art available on the market and will be followed by fairs across London, Paris and Monaco.

Following PAD’s aim to mix both historical and contemporary design under one roof, all exhibitors will fall under one of a number of categories outlined by the committee, such as contemporary design, sculpture, 20th century arts and primitive art. After a successful launch in 2018, which saw over 20,000 visitors to the fair, PADGenève 2019 will be seeing an increased number of exhibitors from both Switzerland and wider Europe.

In a testament to the inaugural event's success, a number of galleries displaying their goods will be returning exhibitors. Lucas Ratton’s African tribal art will be on display again, as will Galerie Dumonteil’s collection of sculpture, furniture and artworks inspired by animals and the natural world. Dutch gallery Priveekollektie, which caught the attention of collectors in 2018 with its vivacious, modern sculptures, will also be returning for 2019.

Not only focused on home design, PAD fairs also showcase decorative items for the self. Alongside artworks and homewares, PADGenève will feature a jewellery category sure to intrigue shoppers. Lorenz Baumer will be returning to exhibit his distinguished collection of vibrant, decadent jewels and the gilded goods of Lebanon-born designer Walid AKaad will also be back on display this year.

The exhibition, as with last year, is held close to Geneva airport at the Palexpo centre. After the art show is over, visitors to the fair can round off their trip with a visit to one of Switzerland’s alpine ski resorts before the winter season comes to a close.

5 of the best transformer jewels for your capsule collection