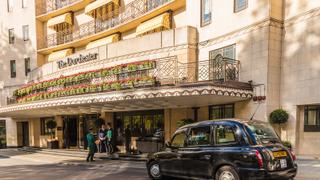 Calling all superyacht-owning foodies: on March 4, 2019, London’s famous Dorchester hotel will open its kitchens to 25 top chefs for a remarkable charity event. Returning to celebrate its 20th anniversary, the annual ‘Who’s Cooking Dinner?’ event utilises fine food to raise funds for Leuka, a charity supporting vital research into the treatment of leukaemia and other blood cancers.

The fundraising event was originally launched by chef Peter Gordon and is supported by Leuka’s chairman and restaurateur Chris Corbin, owner of London establishments such as The Wolseley and The Delaunay. For both of these individuals, the cause is one close to their hearts; Gordon set up ‘Who’s Cooking Dinner?’ after the successful recovery of his sister from leukaemia in 1998, while Corbin was himself diagnosed with myeloid leukaemia, recovering in 1994. For Gordon, the night “is a celebration of what can be achieved when an industry comes together to make a difference. There is real camaraderie in the kitchen, but there’s also intense heat – these chefs are out to impress!”

This year’s event will see the likes of Alain Ducasse, Clare Smyth, Mark Hix, Skye Gyngell, Tom Kerridge, Angela Hartnett and Claude Bosi flex their culinary skills in aid of an important cause. Each chef will design and cook a menu for a single table and, unlike any other restaurant, guests at “Who’s Cooking Dinner?” will only find out the identity of their table’s chef on the night.

Another stand-out feature of this fundraiser is its post-dinner auction, where guests can bid for exclusive experiences such as the opportunity to have a celebrity chef cook dinner in your own kitchen or to go behind-the-scenes and watch a master chef at work in their own restaurant. Speaking in anticipation of the event, Corbin has declared that this occasion is “a highlight of the culinary calendar; each year we are blown away by the world-class talent in the room and the generosity towards a cause that is so deserving.”

2019 promises to be a stellar year for London in the yachting calendar thanks to the return of the World Superyacht Awards and the recently announced London Yacht Show. If you're thinking about bringing your vessel to the British capital this year, get in on the action early and plan your trip to coincide with this unique event.

Space is strictly limited to 250 guests with tables for 10 priced at £7,500. Visit leuka.org.uk for more information.