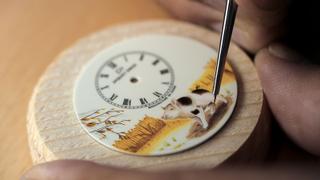 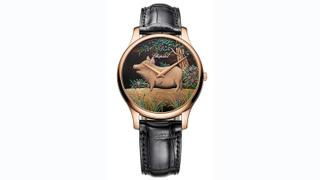 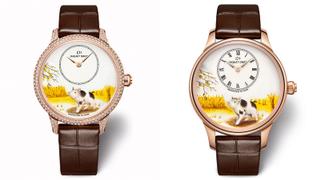 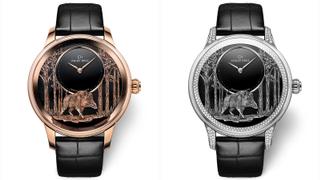 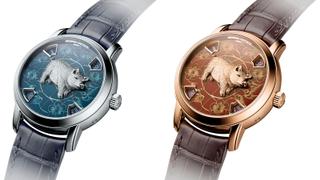 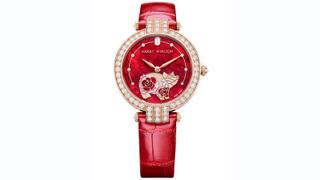 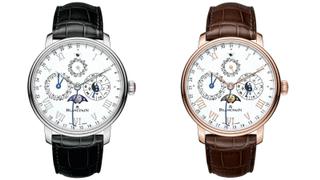 Chinese New Year: The best Year of the Pig watches

Chinese New Year will be celebrated on February 5, 2019 marking the start of the Year of the Pig. The twelfth and final animal in the Chinese zodiac, those born in the Year of the Pig are said to enjoy good fortune and the finer things in life while also being pragmatic, energetic and enthusiastic – thus often ending up in positions of power and status. Mark the occasion by adding one of this year’s crop of limited edition Chinese New Year watches to your collection…

This intricate and elegant timepiece by Chopard takes the ancient Japanese art of Urushi as its starting point. This delicate art form sees Japanese artisan Kiichiro Masumura use the sap of the Urushi tree to create a rare lacquer in which a playful hand-painted image of a pig set against a pretty outdoor landscape is depicted.

The first of two Year of the Pig special editions created by Jaquet Droz, the Petite Heure Minute Pig is available in a 35mm diamond case and 39mm red gold case with each limited to 28 pieces. Each version sports an ivory Grande Feu enamel dial on which Jaquet Droz’s mastery of miniature painting has been chosen to showcase a naturalistic-style pig standing in a wheat field.

Vacheron Constantin has become a go-to for Chinese New Year watches thanks to its long-standing tradition of releasing a Metiers d’Art timepiece to celebrate the occasion each year. As with last year’s Year of the Dog special edition, Vacheron Constantin’s Year of the Pig watch is inspired by an ancient Chinese paper-cutting technique known as Jianzhi which has ties to the watch community thanks to its Swiss counterpart Scherenschnitt. Crafted in platinum or pink gold with either a blue or bronze dial, each piece features an intricately hand-engraved pig in the centre.

This colourful timepiece from Harry Winston takes China’s traditional lucky colour – red – as its base and employs stone setting and artistic craftsmanship to create a standout addition to the Premier Collection. Harry Winston’s pig is created, rather unusually, using pearl marquetry which sees a rose gold pig inlaid with vivid magnolia flowers in another tribute to Chinese cultural traditions.

Another brand which has built up a strong collection of Chinese New Year timepieces, Blancpain once again offers collectors the chance to own its highly complicated Traditional Chinese Calendar to mark the Year of the Pig. Rather than using the celebration to showcase its artistic skill, the house instead presents an unusual and complex complication which displays both the Gregorian and Chinese calendars with indications for days month, leap months, moon phases, signs of the zodiac, elements and the ten celestial stems. The pig itself is discretely depicted on the watch’s caseback in this limited edition version.

Unique piece: The one-of-a-kind watches every collector needs to know