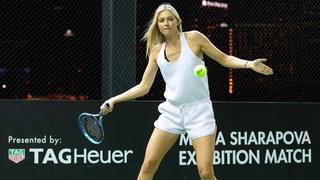 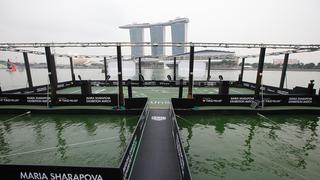 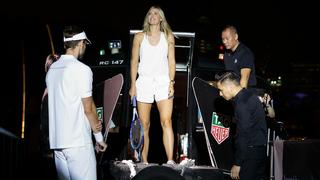 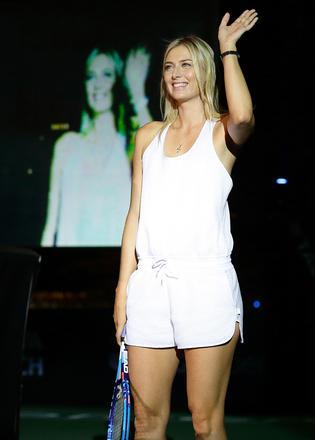 Women’s tennis pro Maria Sharapova took on former men’s world number two Michael Chang for a charity match with a difference on Thursday (22 October). Taking place at Clifford Pier, Marina Bay, the pair took to Singapore’s first ever floating tennis court to pit their skills against one another.

Arriving by boat to the platform, Sharapova showed off her skill as she was victorious in a singles match against Chang. The pair were then joined by young Singaporean natives Angeline Devi Devanthiran and Shaheed Alam for a mixed-doubles game, which saw the visitors take the win after a close tie-break finish.

Watched on by a huge crowd, the final match of the day saw Sharapova and Chang test their stamina as they tried to keep the ball in play with Tag Heuer pledging to donate $100 per rally to the Make A Wish foundation. An impressive final total of $18,100 was presented to representatives from the charity on the evening.

Of course, if you prefer to enjoy your marine-based tennis while on the move, it is just one of many sports you can do on a superyacht. When not on the court, Sharapova and Chang may enjoy some down time by becoming one of a number of sports stars spotted on luxury yacht vacations.

The best sports you can do on your superyacht