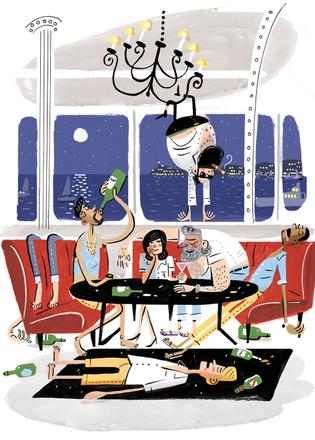 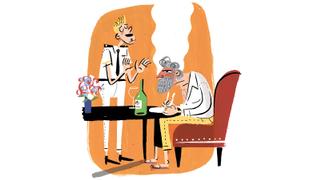 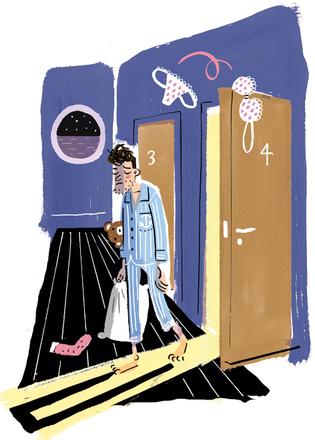 Gossip from the galley: Crew confess their toughest on board moments

There are certain things that crew should never say or do in front of a superyacht owner - even if they receive an outrageous guest request. Some learn this the hard way, as Risa Merl discovers…

Rule number one is never tell an owner to “calm down!”. Even when meaning well. It’s the quickest way for them to get even more upset and they’ll likely say “shut up!”. I’ve seen that happen plenty of times. Best to stay quiet!
Chef, 47 metre motor yacht

Crew don’t need to say yes to absolutely everything the owner suggests. I once agreed to go on a stag do with an owner and his crazy friends and wound up being the only woman there, drinking Jägermeister with a bunch of people I could not stand on some horrendous night out. I know stag dos can be fun, but this one was not. I should have politely declined the invitation instead.
Stewardess, 30 metre Sunseeker

I learnt to never correct the owner on trivial matters. An owner once asked me if I was the first mate and I corrected her by saying I was the first officer. I tried to explain that as a first officer I hold a licence that takes years of sea time and testing to achieve, rather than a first mate, which on a smaller boat could just be someone with little experience and no licence. She never looked at me the same after that and was short with me from then on.
First officer, 60 metre motor yacht

Although the captain is the boss, crew don’t have to repeat everything he says to the owners and guests. I was recently working on a charter and the captain came up to me and said: “You are going to have to tell the guests they are not allowed to flush their toilets for at least the next two days. The black tank is officially full and we are on the verge of a really messy situation.” I was so taken aback I couldn’t even come up with a response, so I just nodded. I couldn’t fathom telling a single guest about this – it would not go down well – so instead the entire crew was on edge, bracing for a sewage catastrophe on board, which luckily never happened!
Stewardess, 24 metre motor yacht

The owner was having lunch and commented on how much cheese their guest was having. For some reason, I piped up out of nowhere and said: “Maybe he is just a cheesy kind of guy!” Dead silence. It was so embarrassing and unnecessary; I don’t know what I was thinking!
Stewardess, 73 metre Nobiskrug

I worked on a boat where the owner’s wife was quite the flirt… she ended up having an affair with the captain. When she and the owner split, not for that reason alone, she got to keep the yacht in the divorce. She also kept the captain, who was now the toy boy, and the crew all had to wait on him. Most of the crew left because it was just too awkward.
First mate on a different motor yacht

The way I actually got into working on yachts was that I was the guest for years on my best friend’s yacht, and I started hooking up with a deckhand. At the time I hid it from everyone, even my friend. Eventually we started dating and I decided to work on a yacht to be with him. That was years ago, and I’m still in the biz!
Stewardess, 60 metre motor yacht

Married couples on boats can be the worst because you witness and get dragged into their fights. One couple I worked with would fight when the guests weren’t on board – and to make it worse, they would then get over it with the loudest make-up sex. They didn’t care if the crew could hear them.
Chief stewardess, 60 metre sailing yacht

Your Berth Or Mine?

Crew hook-ups were so common on one boat I worked on that it was normal to be woken up in the middle of the night and kicked out of your cabin to go and sleep somewhere else because people wanted to, um… We all did it to each other though, so no one really cared.
Stewardess, 45 metre motor yacht

The Most Outrageous On Board Guest Requests