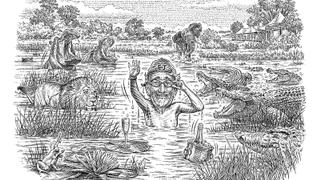 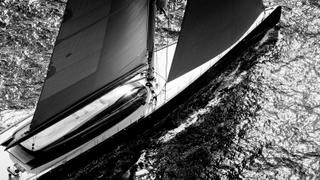 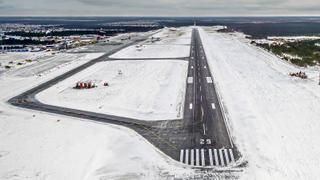 Lippy from the Liffey: Eddie Jordan on camping in Botswana and his first time in a private jet

There’s been a run-in with a baboon in Botswana and a sailing epiphany with superyacht Ngoni’s owner. There’s never a dull moment if you’re Eddie Jordan...

Put the Okavango Delta on your bucket list immediately. It’s a massive delta in Botswana that doesn’t really flow anywhere. It’s very strange, but the wildlife is just spectacular.

Marie and I have just got back from eight days there camping – and I mean really camping. Obviously we had a cook and a guide, but apart from that it was tents and no toilets. We were living rough.

I went swimming in one of the little rivers there and the guide assured me there were no crocodiles, but I was still on high alert because every corner you turn in this place you see some wild animal – buffalo, hippos, elephants or lions.

You feel totally cut off when you’re there. The only thing I can equate it to is being in the middle of the Pacific Ocean. I remember the sensation of being days away from land on our circumnavigation, and it was the same in Okavango. I didn’t use a phone for the whole time. At night we’d sit round the campfire and if you had to go to the loo, you’d shine your torch into the distance and often see lots of glowing eyes staring back at you.

The scariest moment was one day when I was sitting down having lunch and this baboon comes out of nowhere, snatches all the food off the table in front of me and disappears before I could even move. My god, it was exciting.

Ngoni recently featured on the cover of Boat International. It belongs to an old friend of mine. I remember the first time I met him. We had arranged to meet for lunch to discuss investing in my Formula One team. I didn’t know what to expect at all. Anyway, he barrels in and throws his Ferrari keys at me and says: “You can use them, man. I’m not going to need it for two years. I’ve just lost my licence.” And that was the first thing he ever said to me.

I didn’t take him up on the offer – I couldn’t be seen driving a Ferrari. We became good friends after that and I spent a lot of time cruising on the original Ngoni. He was the one who convinced me to get back into sailing. He said to me one day: “Eddie, you’re never going to find real joy until you actually start sailing again.” And you know what? He was right.

He used to lend me his planes occasionally. I remember my first time on a private jet – it was bloody terrifying. We’d been at a grand prix in Japan and I had to get back quickly. So Bernie Ecclestone offered me a ride with Gerhard Berger in his plane. But there was no food on board because Bernie refused to pay for it to be

cleaned, so we survived on crisps and nuts.

Anyway, we had to land in the middle of Siberia – in the pitch black of night – to refuel and it was the most frightening landing ever. It was beyond freezing and as the plane came in to land at this military airstrip the wing kept dipping dangerously close to the ground before we eventually touched down. I’ve had some scary moments but that was the worst.

I used to own a Hawker jet, while Tom Walkinshaw had a Challenger and Frank Williams a Falcon. Flavio Briatore used to change his jets every week! We all used to race each other home to Kidlington in Oxford. But while the jet is useful for business it never gave me the same joy and satisfaction as my boat. I’d always rather be on the water than in the air.