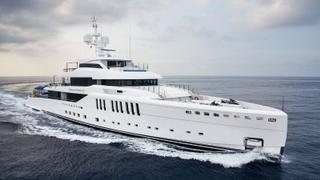 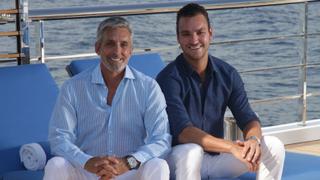 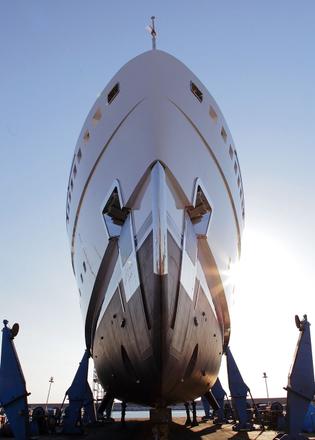 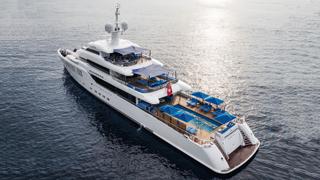 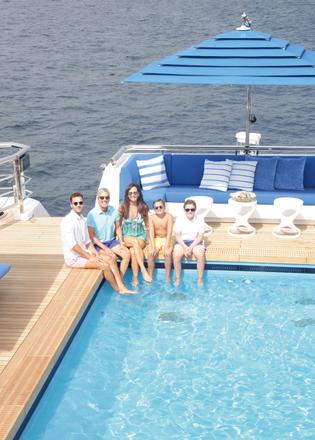 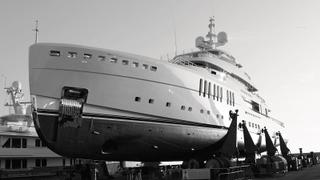 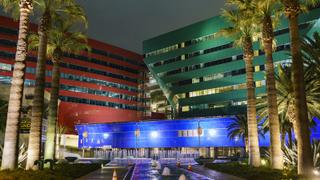 On board with Charles S Cohen, owner of 67m Benetti Seasense

Property developer, yacht owner and film producer Charles S Cohen on why he has to pinch himself when he looks at his new 67 metre custom BenettiSeasense...

“I think when you set your mind to something, you can overcome it,” says Charles S Cohen. He is talking about seasickness, which is largely a thing of the past for him. But it could just as well be applied to the superyacht he is sitting proudly and somewhat disbelievingly on right now. This was something he set his heart as well as his mind to work on six years ago, and there was plenty to overcome.

First, he and his wife Clo couldn’t find anything else out there that they liked. Then they couldn’t find a builder and a designer who understood where they were coming from. Even Cohen’s favourite interior designers, an LA firm that had worked with this American property developer on projects all over the US but never before on a yacht, didn’t get it. “We hated it,” Cohen says of their original concept. “We threw it back at them and we made them do it better.”

Six years of this would be too much for many would-be owners. But this is what Cohen does, for a living and for a life. As owner, president and CEO of Manhattan-based Cohen Brothers Realty Corporation, he is responsible for 1.1 million square metres of office buildings and design centres from New York to Hollywood – and he signs off every contract and every cheque himself. Talking to him, you get the impression he’s in charge of colour charts and paint brushes, too. “It always takes me a long time but that way I cover everything that I think we need to do. I like to immerse myself in the details, and that’s the thrill of it.”

He is basking in the thrill of Seasense when we meet, with his new boat at anchor off Cannes. Having taken delivery of the 67 metre custom Benetti only a week previously, Cohen is still pinching himself. “I’m still stunned,” says the fit-looking 65-year-old, sitting in his main saloon. “There are things that I hadn’t seen that I now see, there are things I want to do that I haven’t done.”

Custom is the word when it comes to Seasense, and it also describes her owner’s approach to everything. Cohen may be a property developer (and film producer, and cinema owner, and vineyard owner, and fashion entrepreneur) but essentially he’s a designer, an aesthete. He sees himself as a curator. “A friend of mine said to me recently, ‘If you were to put everything you do under one subject, what would it be?’ It’s all about lifestyle. And I think it’s a curated experience. It’s a luxury collection of office buildings, apartment houses, showroom buildings, high-end cinema and film. We have men’s clothing interests now, you know. Everything is of a certain mindset and a certain style, and they’re all connected.”

Many of these interests and talents have come together in Seasense, a boat that is very much a joint project between husband and wife. Clo, South Africa-born and formerly a London-based marketing executive for Gucci and New York-based one for Jimmy Choo among others, was heavily involved. Indeed she was instrumental in kick-starting the process and sparking her husband’s boating life.

It was shortly after they were married in 2004 that Cohen bought his first boat. He’d sailed as a child at summer camp and on family holidays but he didn’t own one until he was well into his fifties. That first boat was a classic, a Rivarama. “I still own it. And it’s a wonderful boat,” he says. He named it Clo Sea, after his wife and with a play on their initials that they have used on their new yacht. “He thought that that way I wouldn’t be upset if I saw it and asked, ‘Why did you buy a boat?’” says Clo. A second Riva, a larger Duchessa, followed, allowing the Cohens to begin exploring the Mediterranean. Then came a third, an Aquariva, which they keep in Connecticut, near the home they go to most weekends to escape New York (and which took Cohen only three years to design and build). “We fell in love with Italian style,” he says, “from clothing, to fashion, to cars. I’m a big Ferrari and Lamborghini fan – and I’m a Riva fan.”

Clo, meanwhile, was becoming a Benetti fan. “We had walked around a lot of harbours and docked in a lot with our other boat, and I said the prettiest boats I see are Benettis. Everything else seemed to be the same or a similar style, and then a Benetti would come and it would just be its own thing. I said we need to talk to them.”

They had talked to a lot of yards already by this stage but were not too enamoured with many of the boats they’d seen. “We thought that the ceiling heights were low, there was too much enclosed area and not enough outdoor area. And on every ship we had seen, every major common room had a bar in it! We enjoy a glass of wine or a drink, but not in every room!”

“We were romanced by Feadship and Heesen and Lürssen and Sunrise,” Cohen says. “It was a dance that went on for probably 18 months.” It was only after meeting Benetti, and being shown a concept drawn by Dutch designer Cor D Rover, his first collaboration with the Italian yard, that the fog lifted and their vision took shape. “We looked at that and we said, ‘Wow, that is spectacular’,” Cohen says. That vision now lies just beyond Seasense’s main saloon doors, an aft deck that does indeed make you think “wow”. The 10 metre pool is magnificent and was a key part of the thinking.

This is why what started, in Cohen’s head at least, as a 45 metre boat ended up being half as long again. “I dragged the swimming pool out of the shadow of the overhang, because I thought, that’s not outdoors. That’s like an indoor pool. I want a pool that’s out[doors], and as I kept pulling, the boat kept getting stretched.”

The pool, the deck, the loungers, the louvres, the misting system, the space – the Cohens have all they need to hardly ever go ashore. “It’s really got everything that you would find in a great seaside resort – a pool that overlooks the sea,” Cohen says.

At home in New York, or in Connecticut at weekends, they like to relax. “We watch movies at home, we drink our wine at home. We don’t entertain with a lot of people.” Movies and wine are particularly important to him. At high school he made short films and dreamed of being a director. “That was my generation. We wanted to make the great American film. The generation before me wanted to write the great American novel.” But after majoring in English and then going to law school he couldn’t make it happen. “I tried to get a job after law school working for an entertainment law firm in New York but I couldn’t break in.”

His father had come to New York from Virginia and set up a property company, building factories, apartments and offices. Cohen joined the family firm aged 29, eventually taking over from his father. It has been a huge success, quadrupling in square metre space under his control.

Film-watching and film-making are serious passions. In 2008 he was the executive producer for the Oscar-nominated, Sundance-winning Frozen River. That same year he founded Cohen Media Group, through which he distributes restored classic films such as the Merchant Ivory collection, which he acquired in 2015. Some of these play at Cohen’s newly revamped Quad Cinema, which was New York’s first multiscreen cinema when it opened in 1972. “I had always wanted to find a cinema and redo it, and when that became available I jumped. It had such a wonderful reputation, and had been embraced by its Greenwich Village neighbourhood, that it became another labour of love for me. And again, that took two and a half, three years.” It opened in April, with the Quad Bar, overseen by Clo, next door.

A Saint-Tropez vineyard was added to the portfolio last year too, and this year he took a majority stake in Savile Row tailor Richard James and ownership of shoemaker Harrys of London. Cohen intends to introduce both fashion brands, which he wears himself, to the US market.

“When you do business with someone, you want to feel that someone wants your business. We’ve only worked with people who want to work with us, and that have demonstrated that. And that’s the human contact, whether it’s retail, or something big ticket like this.”

With six years of hard work behind them, the job now is to enjoy Seasense. The Cohens plan to holiday on board with their two young children, and his two grown-up kids from his first marriage, whenever they can, enjoying the French and Italian rivieras, but exploring Croatia and Greece, too. The Grenadines, Guadeloupe and Martinique are on the Caribbean hit list.

The sights will be spectacular, but life on board Seasense will be better. “We’ll stay on board 90 per cent of the time. Why not? What’s the best place in town? Wherever we go! In every town!”

On board with Ambrous Young, owner of 65m Benetti Ambrosia

On board with Anto Marden, owner of trimaran superyacht Adastra