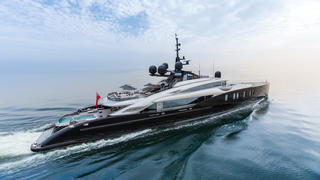 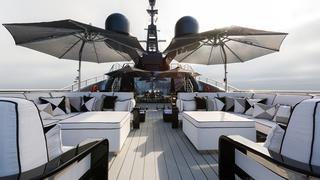 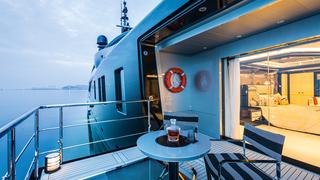 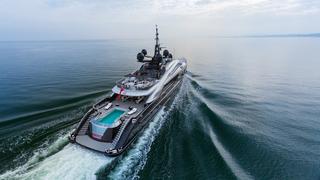 The 66.4 metre motor yacht Okto, listed for sale by Alex Lees-Buckley at Camper & Nicholsons International, has been sold with the buyer introduced by Eric Althaus of Althaus Luxury Yachting.

Okto is a fully custom yacht in steel and aluminium and the first of her kind, delivered by Italy’s ISA yard in 2014 to a design by Valicelli Yacht Design. Built for a very knowledgeable yachtsman to Northern European specifications and standards, from concept to design to engineering, production and finish, only the best has been utilised from the global market.

The complete engineering process was the responsibility of BMT Nigel Gee in the U.K. with four months of tank testing at Marin in the Netherlands including sea keeping, zero speed stability performance and aerodynamic smoke tests. The end result of this enormous engineering effort was performance exceeding expectations. Higher speeds, lower fuel consumption and significantly lower noise and vibration levels in all owner, guest and crew areas were achieved; even lower than stipulated in the demanding build specification and contract.

Okto has a spectacular interior designed by the late Alberto Pinto, built and finished by List (Austria), universally known as one of the best interior manufacturers in the world.

Special features include a touch and go heli pad, a six metre swimming pool for salt or fresh water, heated or cooled with a contra flow current, a guest elevator from the lower deck to bridge deck, an owner’s balcony with single button operation and four tender garages.

There are two queen bedded guest cabins aft, each with a walk in wardrobe and en suite bathroom, both containing showers with rain forest heads. Forward to starboard is a third queen bedded cabin with similar en suite facilities. To port is a single cabin which is designed and decorated to be used as either a guest or staff cabin, again with en suite facilities, and there is an adjoining beauty salon as well.

Okto was asking €39,000,000 with VAT paid and will remain available for charter through Camper & Nicholsons.