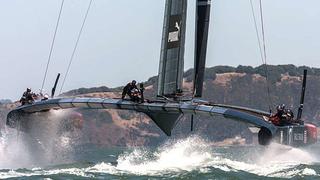 The 34th America's Cup officially kicks off in San Francisco, California, this week with the opening ceremony taking place July 4.

A ribbon-cutting ceremony will open the new America's Cup Park at Piers 27/29 on San Francisco Bay to the public. The site includes a pavilion with 9,000-seat stadium, which will host the opening ceremony featuring the four remaining America's Cup teams - Defender Oracle Team USA and Challengers Artemis Racing, Emirates Team New Zealand and Luna Rossa Challenge - and cultural performances from each of the countries, the USA, Sweden, New Zealand and Italy. The evening will culminate with a Fourth of July fireworks display.

Motor superyachts are not left out of the fun - they will be able to watch both the America's Cup and the AC Superyacht Regatta racing action from course-side moorings. And all superyacht owners and their guests will enjoy a first-class social progamme including a welcome party held at an exclusive private residence in San Francisco, a Michelin-starred dinner for yacht owners in Napa Valley hosted by the Far Niente winery and a end of regatta party at the St Francis Yacht Club.