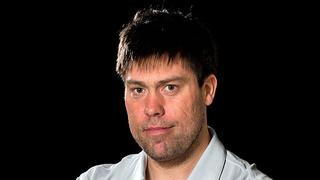 It is with a heavy heart we report the news from California that British Olympian and America's Cup Artemis Racing sailor Andrew Simpson has passed away after his team's AC72 capsized on Thursday, May 9, in San Francisco Bay.

Andrew 'Bart' Simpson, 36 years old, was an Olympic medalist, winning gold as crew in the Star class in Beijing and silver in London. He was part of an 11-man crew that represents Sweden with team Artemis Racing. The team's 72-foot catamaran capsized during a training maneuver, and Simpson was trapped under the boat for 10 minutes and had to be recovered by rescue divers. Doctors on water and ashore were unable to revive him. It is reported that all other crew members are accounted for; one other was injured, but not seriously.

'The entire Artemis Racing team is devastated by what happened,' said Paul Cayard, CEO of Artemis Racing, in an address to the media. 'Our heartfelt condolences are with Andrew’s wife and family.'

This is a rare fatality in the history of the America's Cup; the first since the early 1990s when a Spanish crew member died during a training accident in the Mediterranean.

Today is a day for mourning, but future days will look into the cause of the capsize and whether Artemis Racing will regroup in time for the Louis Vuitton Cup finals starting July 4, 2013. The Artemis boat has had a history of problems, with the carbon-fibre beams cracking, and has been in the shed multiple times to fix this. With winds from 18-20 knots, conditions were fairly normal for San Francisco Bay, and it is speculated that the capsize was caused from a failure of the boat rather than the crew trying extreme tactics. This AC72 was badly damaged, but they have a spare. If Artemis does not come back, however, there will only be two Challengers competing in the Louis Vuitton Cup final to see who will go on to take on the Defender in the America's Cup, kicking off September 7, 2013.