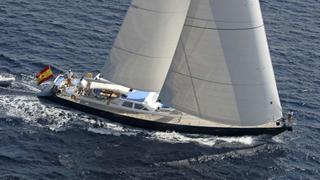 The 27 metre sailing yacht Luchya, listed for sale with Joost Goverts at Northrop & Johnson, has been sold in an in-house deal.

Built in aluminium by German yard Dubbel & Jesse to a design by Uwe Dubbel, she was delivered in 1993 as a Nordsee 88. She has been continually upgraded with her most recent refit in 2013.

With interior design by Rainer Kinder, Luchya can accommodate six guests in three staterooms, including a full-beam master suite, with additional accommodation for three crew. Her expansive full-beam main saloon is light and airy with 360-degree visibility, a navigation station, and a stylish galley.

Among her many upgrades, she received new teak decking in 2013, with new navigation equipment installed in 2016, and an upgrade to her hydraulic systems in 2013.

Power comes from a 345hp Mercedes engine and she has a cruising speed of nine knots.