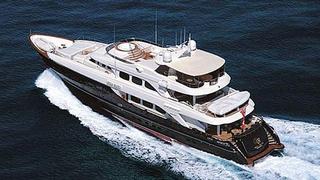 Built in 2003, apparently her original owner supervised the construction and paid particular attention to every detail during the three-year build period. Sleeping ten guests in a master, two VIPs and two twins, the price of Blue Belle has come down from €10 million to €7.9 million.