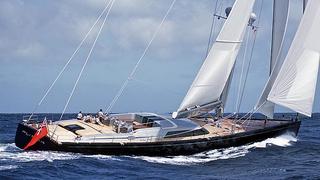 Here's another notable addition to the market as James McMaster at McMaster Yachts says he's been appointed central agent for sale of the 39.8m sailing yacht Alithia.

Built by Abeking & Rasmussen in 2002 to a design by Bill Tripp, Alithia boasts an Andrew Winch interior sleeping up to 10 guests and six crew while a 600hp MTU engine gives her a cruising speed of 10 knots. She was fitted with new Doyle Stratis sails earlier in 2013.