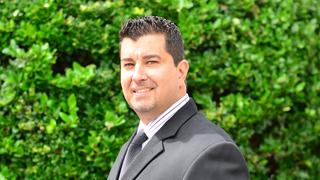 Lisa Peck at Fraser Yachts sends word that Mike Busacca has been appointed as its new Commercial Director for the USA, based in the Fort Lauderdale office.

Busacca will oversee all phases of sales and charter in North America, reporting directly to Luc Khaldoun, Worldwide Commercial Director of Fraser Yachts.

Mike began his career in yachting in 1983 at Broward Marine where he quickly rose through the ranks to become General Manager. In 1996 he joined Allied Richard Bertram Marine Group, where after various managerial roles he was appointed Executive Vice President until 2009, when he was promoted to President of their ‘Platinum Yacht Collection’ division.

‘We are very pleased to have Mike joining our team,’ says Luc Khaldoun. ‘He has an outstanding managerial background, and a long history in the yachting industry spanning over 25 years. Mike is a quality driven executive who I am confident will contribute significantly to Fraser’s continued growth and success in North America.’