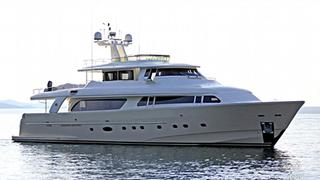 A call to Axel Douque at Ocean Independence confirms that he's now signed the 30.98m motor yacht Maluhea for sale.

Built by Custom Line in 2003 as a Navetta 30 to a design by Zuccon International Project, she was refitted in 2010.

RINA classed, Maluhea sleeps eight to 10 guests in a master suite, VIP stateroom and two twin cabins with Pullman berths while twin MAN 1300hp engines give her a cruising speed of 15 knots.