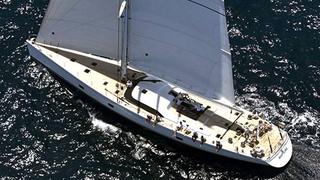 News in from Georges Bourgoignie at GCB Marine that he’s signed the 30.4m sailing yacht Rapture for sale.

Hull number five of the very successful SWS 100 series, she was built in Cape Town, South Africa, by Southern Wind in 2007 to a Farr/Nauta design in carbon composites.

Rapture has a comfortable layout with four well appointed owner/guest staterooms forward and crew aft. She features a carbon rig and rigging, making for exceptionally fast circumnavigation and is a regatta veteran.

Now available for sale in Palma with transit to the Caribbean in late November, Rapture is asking €6.75 million.